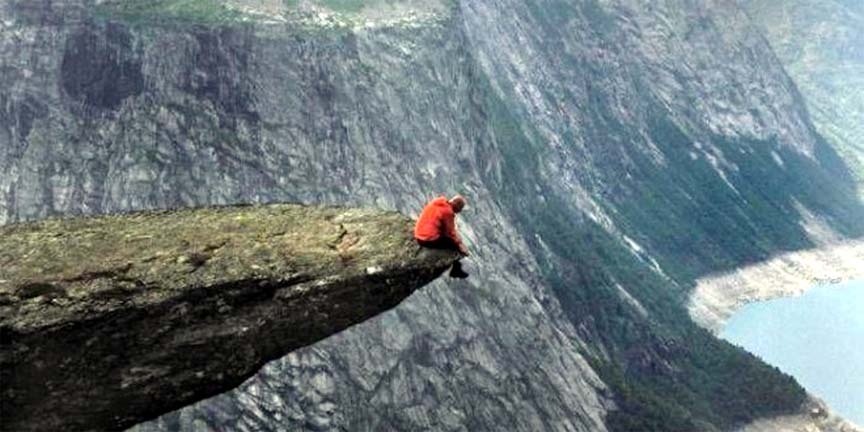 Life Desk :
It is widely accepted that Easter is a time when many people in the world think about their relationships with God.
New research explores a little-understood role of God in people's lives: helping them cope with the threat of romantic rejection. In this way, God stands in for other relationships in our lives when times are tough.
Most psychological research to date has looked at people's relationship with God as similar to a parent-child bond, says Kristin Laurin of the Stanford Graduate School of Business. "We wanted to push further the idea that people have a relationship with God in the same sense as they have relationships with other humans," she says. "The idea is certainly not new in terms of cultural discourse, but it's not something that psychologists have done a lot of empirical work to study."
Specifically, Laurin and colleagues wanted to see how our relationship with God changes as our other relationships change. So the researchers designed a series of studies, published today in Social Psychological and Personality Science, that experimentally induced people to believe their romantic relationship was under threat and then tested their feelings of closeness to God. They also wanted to examine the opposite idea - how people's romantic relationships take on different meaning when their relationship with God is threatened - and tested how this dynamic changed based on the individual's self-esteem.
In one of the studies, they recruited 187 participants who were primarily Christian and Hindu but also Muslim, nonreligious, or unaffiliated. To manipulate relationship threat, the researchers told some of the participants that everyone hides certain aspects of themselves from their partners. "Then we hit them with the idea that these 'secret selves' always end up coming out, and ruining relationships," Laurin says. "And just in case that's not enough to make them nervous that their relationship could be in danger, we force them to think more specifically about things that they themselves might be hiding from their partners."
They then asked the participants to rate their closeness to God. Another group of participants simply rated their closeness with God without first reading the threat scenario. The researchers also assessed the participants' self-esteem.
Laurin's team found that participants sought to enhance their relationship with God when under threat of romantic rejection - but only if they had high self-esteem. This fits with past work showing that people high in self-esteem seek social connection when their relationships are threatened.
It's a sobering finding, Laurin says: "We find that high self-esteem people, who already are the ones who take constructive steps to repair their relationships when they are under threat, have yet another resource they can turn to: their relationship with God," she explains.
Â "Low self-esteem people, who are the ones who retreat and protect themselves at the expense of the relationship when the relationship is under threat, don't seem to be able to use this new resource either."
Interestingly, in one of the studies, researchers looked at how people respond to a threat to their relationship with God, and they found similar trends. They used the exact same scenario - saying that people hide their "secret selves" from God and that it can damage that relationship - and then asked people to rate their closeness to their romantic partners.
"We might have thought that people expect God to already know everything about them, and therefore that the concept of a 'secret self' that you try to hide from God wouldn't really make sense," Laurin says. "But we found that using that threat on people's relationship with God worked in much the same way as it did with people's romantic relationships."
It's important, she says, to understand how people's relationship with God works, to better understand how we manage relationships in general. "In some ways, God is an ideal relationship partner to draw comfort from when feeling down about other relationships - the nice thing about God is that there is never any solid evidence that God has rejected you," Laurin says.
While the research did not specifically aim to analyze differences in this effect between religions, it did hint at some trends. In the study that included Hindus from India and Christians from the United States, the researchers found no differences when comparing the two groups; they both reacted similarly.
As for the people tested who were non-religious and who may not believe in God, the results were more inconclusive. The data seemed to suggest that people must have some degree of belief in God in order to see this effect. But, Laurin says, psychologists struggle with the challenge of knowing the right questions to ask to identify people who do not believe in God. "Many people who say they don't believe in God grew up in religious households, so their previous beliefs may still sometimes reemerge," she explains.Â  "Many people who say they don't believe in God aren't 100% sure that God does not exist. And many people who say they do believe in God may feel obligated to answer in that way, even if deep down they have their doubts."
Laurin herself became interested in studying the psychology of religion because she grew up in a completely non-religious environment. "It was only as a teenager and young adult that I started to realize what a serious role religion plays in the lives of so many people," she says. "I think that's the reason that so much of my research has been connected to religion in one way or another - because I'm fascinated by what is obviously a very compelling human experience that I simply have never had."Laurin plans to continue testing the parallels between people's relationship with God and their relationships with others. For example, future work could examine people's communication styles with God, to see how they match up with what we know about communication styles with human partners.