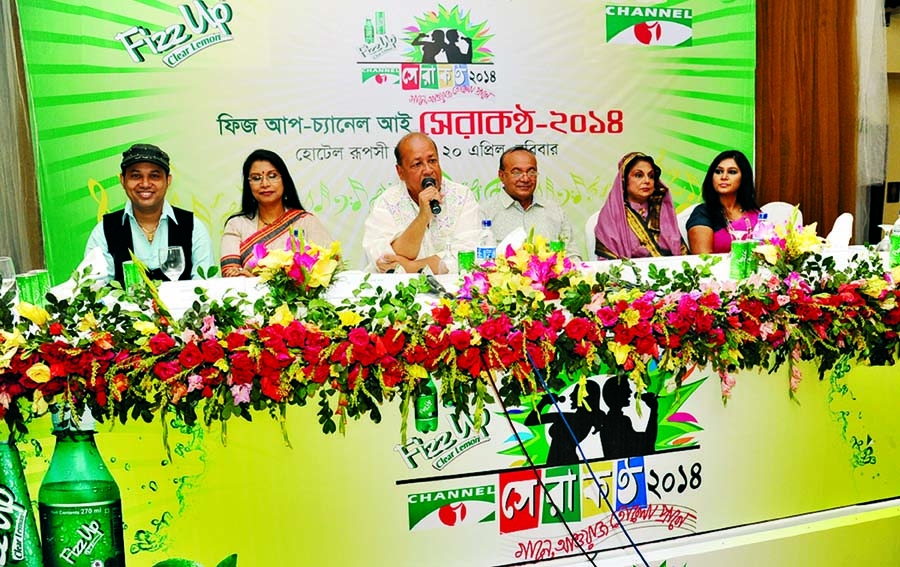 Managing Director of Channel i Faridur Reza Sagor announcing the launching of Ã¢â¬ËFizz Up-Channel i Sherakontho 2014Ã¢â¬â ¢ at press conference held at a city hotel on Sunday.

Like previous years countryâs largest TV reality show, a music talent hunt contest titled âFizz Up-Channel i Sherakontho 2014â launched at a press conference held at a city hotel on Sunday.
Primary selection round of the contest will start from Sylhet on April 22. Later selection round will take place in seven divisions and Dhaka Metro region.
Noted singers Sabina Yasmin, Shahnaz Rahmatullah, Rezwana Chowdhury Bonnya, Samina Chowdhury and Ibrar Tipu will work as judges under a panel in the contest.
Managing Director of Channel i Faridur Reza Sagor and Chairman of Globe Soft Drinks Ltd Harunur Rashid spoke in the press conference.
There will be 40 episodes of âFizz UP-Channel i Sherakontho 2014.â Channel i will start to air this yearâs contest from May 16 when its divisional selection round will begin.
Sijil Mirza will host this yearâs contest under the planning and coordination of Ezaz Khan Swapan, said the organisers.