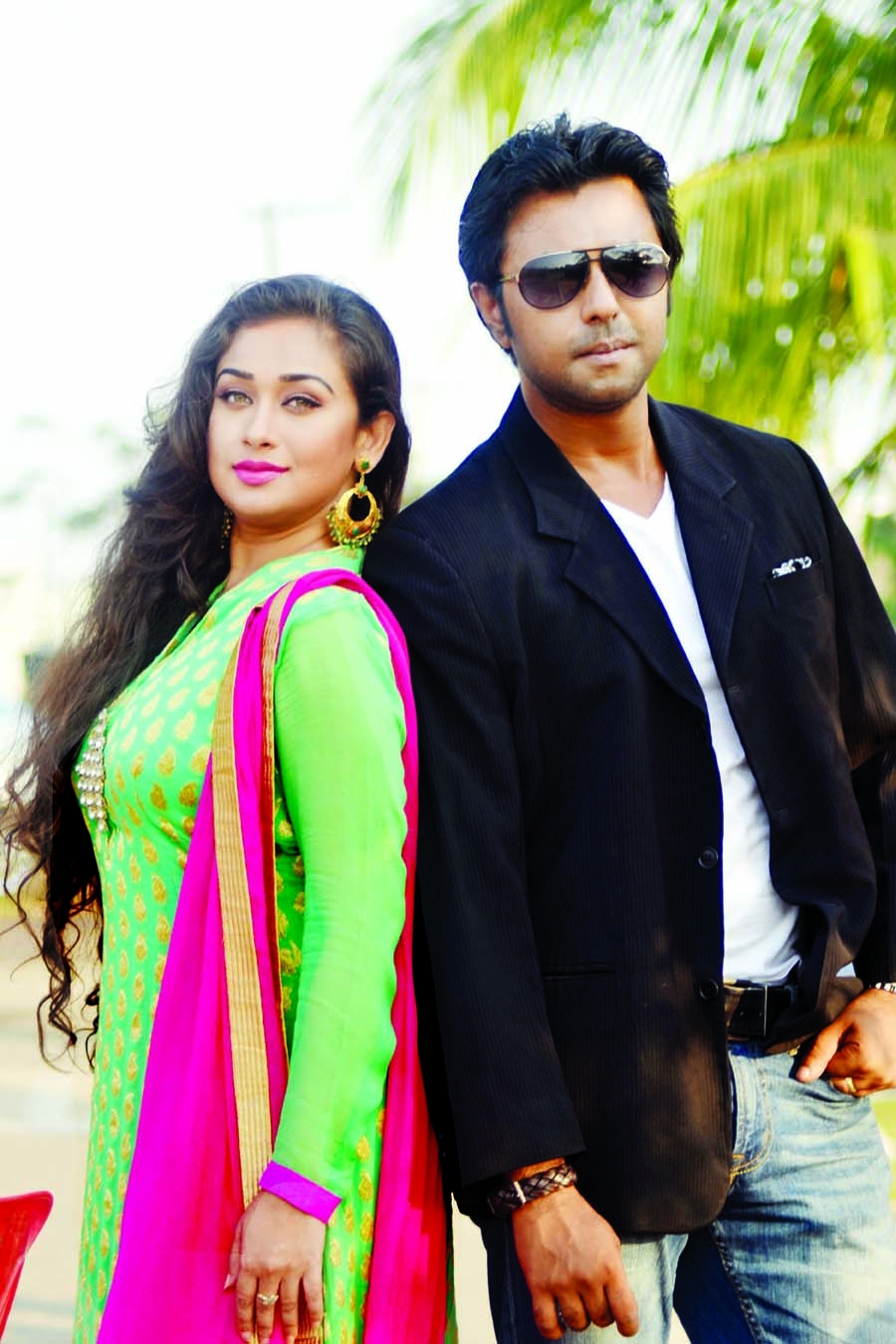 Noted playmaker Rahmatullah Tuhin for the first time made a TV play to cast popular TV actor Apurbo. Title of the play is Koto Dur-e Jabe Bondhu.
Popular playwright Sagor Jahan has written story of the play. National Film Award winning actress Romana performed with Apurbo as pair in the play.
Story of the play continues with the love story of Mahima and Anaf. Anaf always comes to close to Mahimaâs love and affection. But Anaf can easily avoid her.
At the ending of the story, Mahima writes a letter to Anaf. Viewers have to wait till airing of the play to know about what was written on the letter.
While sharing his feelings to work with Romana again Apurbo told this correspondent, âIt is no doubt that Romana is a talented actress. I always feel comfortable to work with her. Therefore, there is a nice chemistry between us about our performances. Always having on her face Romana has an ability to act happily and joyfully while taking part in shooting.â
Romana shared her feelings by this way, âI had earlier worked under the direction of Tuhin bhai. But story of the new play attracted me well. In the meantime, I have agreed to work in the play because I got Apurbo as my co-actor. I am requesting the viewers to watch the play.â
The play Koto Dur-e Jabe Bondhu will go on air in any satellite channel on the occasion of upcoming Eid-ul-Fitr, said its director Rahmatullah Tuhin. Â
It may be mentioned that as pair, Apurbo and Romana last performed together in a TV play titled Drishshobhrom under the direction of BU Shuvo two months ago.
However, Romana acted Bodiul Alam Khokon directed movie Buk Phote To Mukh Photena is being screened in the cityâs Jonaki cinema hall now. Shakib Khan performed against her in the movie.
On the other hand, Apurbo acted Shihab Shahin directed drama serial Bhalobashar Chotushkone is being aired on NTV now. Lux superstar Jakia Bari Momo is acting against him in the serial.Â Â Â