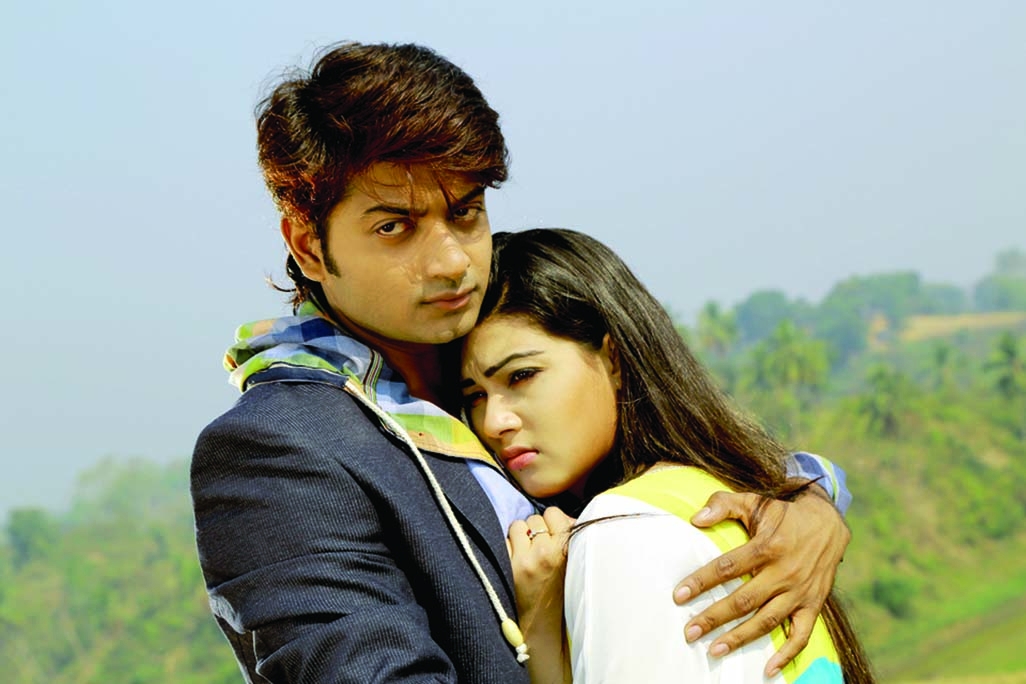 Bappi Chowdhury and Mahiya Mahi in a scene from movie Honeymoon

On the occasion of coming Eid-ul-Fitr, a new movie titled Honeymoon is scheduled to be released under the banner of reputed film production house, Jazz Multimedia.
Popular pair of present time in the film industry Bappi Chowdhury and Mahiya Mahi performed in two lead roles in the movie.
Already Jazz Multimedia has started to give booking of the cinema halls to release the movie Honeymoon.
CEO of Jazz Multimedia Shish Monowar told this correspondent in this regard, âLike our previous production movie Agnee, Honeymoon is also a big-budget movie. For this reason, we released Agnee in last Valentineâs Day and our new movie Honeymoon will get release in a special day. From that point of view, we have decided to release it on Eid-ul-Fitr. We have already taken necessary preparations to release the movie.â
Romantic-action based movie Honeymoon was directed by Safi Uddin. While talking with him about the movie he said, âFrom the very beginning I am saying that everybody will like the movie Honeymoon. To make it a successful movie, I have done many things. Shooting of Honeymoon was held in different beautiful spots. There were dimensions in its costumes and playback songs. I think viewers will get overall a new taste during the Eid festival.â
Main heroine of the movie Mahi told this correspondent, âI am not interested to tell story of the movie Honeymoon right now. But I can say that the viewers will watch as usual a new Mahi on the screen in Honeymoon.â
Hero Bappi shared his feelings by this way; âI have acted in several movie against Mahi under the banner of Jazz Multimedia. Those were commercially successful movies except Dobir Saheb-er Songsar. I think Honeymoon will exceed from the others.â
Besides Mahi and Bappi, noted actors Syed Hasan Imam and Ahmed Sharif also performed in two other important roles in the movie Honeymoon.