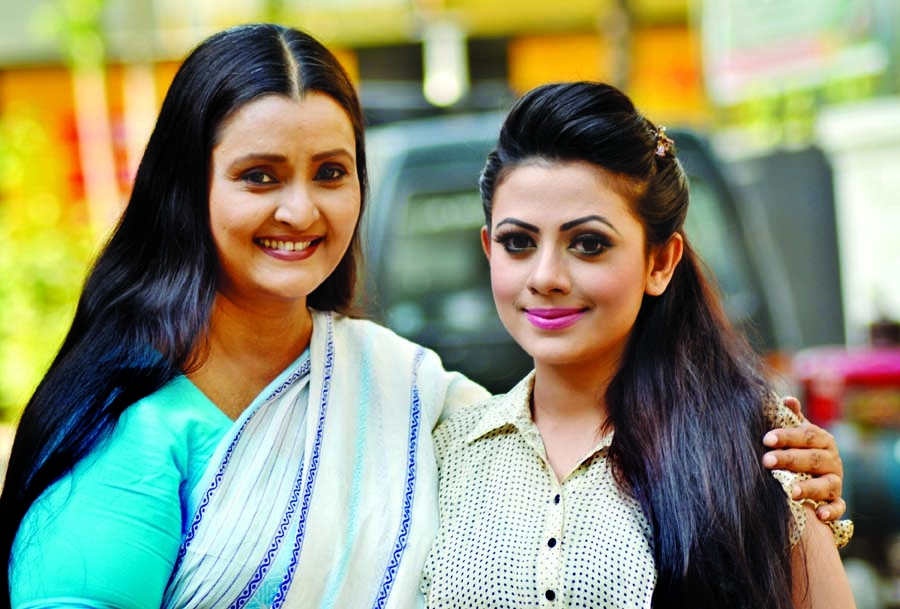 Earlier popular TV actress and costume designer Chittralekha Guha and popular model cum actress, Veet star Lutfunnahar Asha performed together in a telefilm titled Bishkanta, which was aired recently on Channel i.
This time within very short time they have performed together in a story play. Ashfaqur Rahman Ovi has scripted and directed the story play titled Boro Shohor-er Chhoto Golpo.
It has been made to air on the occasion of coming Eid-ul-Fitr in any satellite channel, said its director Ovi.
While sharing her feelings to work with Asha again actress Chittralekha Guha told this correspondent, âAsha is like my daughter. For this reason, while taking part in shooting any fault of her doesnât visible to me. Asha is very jolly-minded actress. On the other hand, it was first work under the direction of Ashfaqur Rahman Ovi. Directorâs cordial attitude and environment of the shooting unit impressed me. In the meantime, it became a nice work.â
Asha shared her feelings by this way, âIn fact, story of Boro Shohor-er Chhoto Golpo impressed me a lot. I am very lucky that I got the opportunity to act with a noted actress like Chittradi. I have enjoyed working in the play. I think viewers will also enjoy the play.â
It may be mentioned that Chittralekha Guha first acted in a TV play titled Kunjo Nikunjo under the direction of Nawazish Ali Khan. Its script was written by Momtaz Uddin Ahmed. n