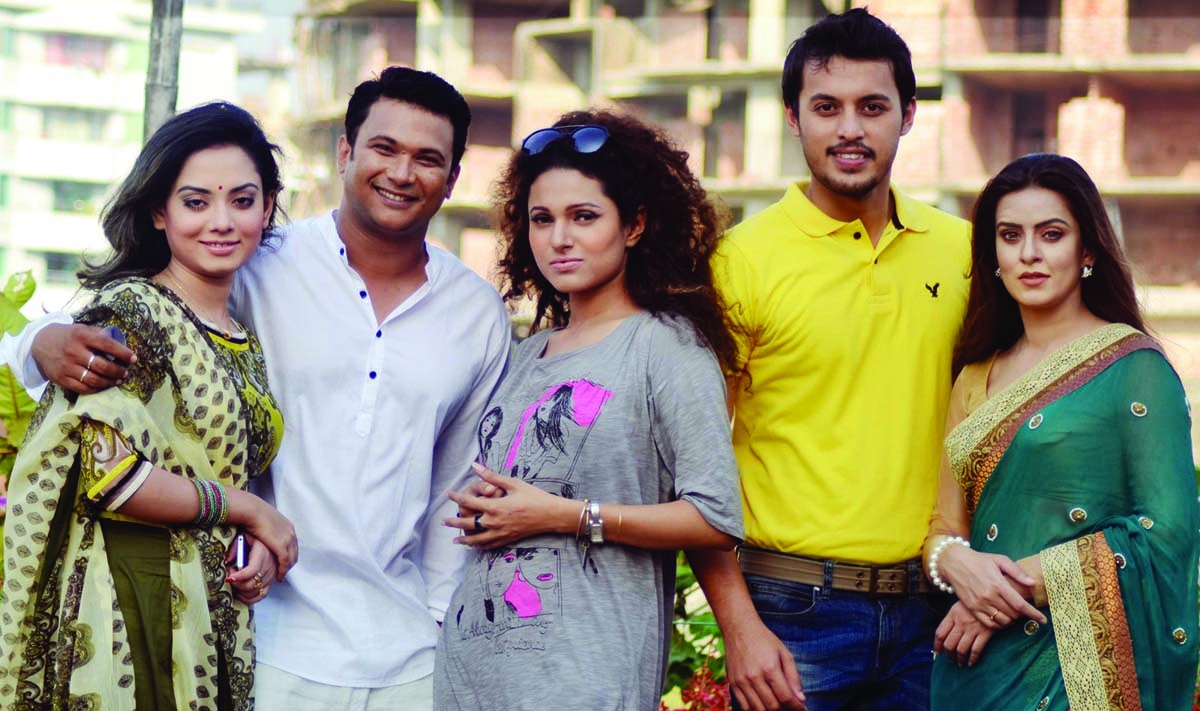 Eid special telefilm Durottwo has been made casting five stars - popular ramp models Emi and Ruma, popular model cum actor Naim, film actress Toma Mirza and TV actor Irfan Sajjad.
Popular play director BU Shuvo has made the telefilm under the story written by Pantho Shahriar.
While talking about the making of the telefilm its director BU Shuvo told this correspondent, âThough the title of the telefilm is Durottwo (distance), but five performers of the telefilm wanted to come close to each other. But to come close with each other, they created distance among them. Story of the telefilm continues with climax.â
Earlier ramp models Emi and Ruma and actor Naim performed together in a TV play. But for the first time Emi, Ruma, Naim, Irfan Sajjad and Toma Mirza performed together in a telefilm.
Shooting of the telefilm Durottwo was wrapped up on April 25. It will go on air in any satellite channel on the occasion of coming Eid-ul-Fitr, said director Shuvo.
While sharing her feelings acting in the telefilm Emi told this correspondent, âEarlier I had experience to work under the direction of BU Shuvo in two plays. Durottwo is my third work under his direction. I think this telefilm became one of the outstanding works of BU Shuvo till now. Therefore, we have tried our level best to make a better work.â
Toma Mirza shared her feelings by this way, âDurottwo is really an outstanding work by BU Shuvo. It is one of best performances till now. I am requesting the viewers to watch the telefilm.â
These types of comments also given by Ruma, Irfan Sajjad and Naim while talking about the telefilm.
It may be mentioned that now Ruma, Emi and Naim acted drama serial Colour is being aired on SA TV.
Therefore, Naim acted two other serials Bhalobashar Chotushkone and 10 Million Dollar are also being aired now.
On the other hand, Toma Mirza acted new movies are: Tumi Aamar Priyotoma, Bhabir Ador, Mon Bujhena, Prem-er Adhikar, Mon Jwole, Lovely and Nodijon.
However, Irfan Sajjad acted drama serials - Ichchheghuri, Dhonni Meye and Sonali Megh-er Bhela are also being aired in different satellite channels now.Â