Talks must: US Senate to both leaders 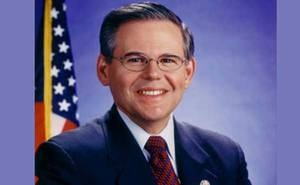 Talks must: US Senate to both leaders

The Chairman of the US Senate Foreign Relations Committee Robert Menendez have written Prime Minister Sheikh Hasina and BNP Chairperson Khaleda Zia urging them to end political deadlock and eschew violence. The letters with the same text also urged them to begin negotiations to help hold a free, fair, and inclusive elections. Dated Jan 8, three days after the 10th parliament elections, the letters are now available in his website. The letters also called on the leaders to reaffirm their commitment for improving labour conditions in Bangladeshâs garment industry. The letters came against the backdrop of the Jan 5 elections that opposition BNP boycotted resulting in more than half of the seats returning winners without contest. The West has criticised the elections and the US has called for a fresh elections âas soon as possibleâ. India and Russia threw their weight behind the Awami League as they believed the elections had been a constitutional necessity. The Chinese have called for consensus and need for political stability with an end to violence. Senator Menendezâs letter began with his âconcernâ about the ongoing political stalemate, urging the two leaders to work with each other âto develop a mutually agreed upon path forward for your countryâ. He said the current political stalemate could destabilise the country and have âlong-term negative implicationsâ for the democratic process and economy of Bangladesh. âThe people of Bangladesh deserve a durable, transparent and credible political process through which they can choose their future leadersâ. He condemned violence and unrest during the pre-election period and on the election day strongly. âUnder no circumstances is violence an acceptable and legitimate expression of political views,â he wrote. âThe street violence must stop immediately and parties must have political space to peacefully express their viewsâ. He described Bangladesh as a âvalued partnerâ. The ongoing political deadlock has had serious economic consequences and will further weaken the confidence of international investors, he said as he mentioned the soaring bilateral trade and investment between the two countries. âTo end this downward spiral, I strongly urge you to begin negotiations on new elections that are free, fair, peaceful and inclusiveâ. âUS' relations with the people of Bangladesh have never been stronger and we partner on an increasingly wide array of common interestsâ. âBut the current political deadlock and the associated violence significantly threaten our common achievements and the potential for continued progress on a range of issues such as counterterrorism and counter-piracy, the mitigation of natural disasters, poverty alleviation and food security. âWe are also working together to improve labor conditions in Bangladesh,â the letter wrote. He urged them during this âtenuousâ period to publicly endorse the commitments to worker safety and labour rights embodied in the GSP Action Plan and work closely with the US and the international community to empower workers and bolster the confidence of international investors and consumers in Bangladeshâs garment sector. âThe world is watching Bangladesh. âAs a strong supporter of our important bilateral relationship, I again urge renewed negotiations that will lead to free, fair, peaceful and inclusive elections and an immediate end to politically motivated violence,â ended the letters. Â