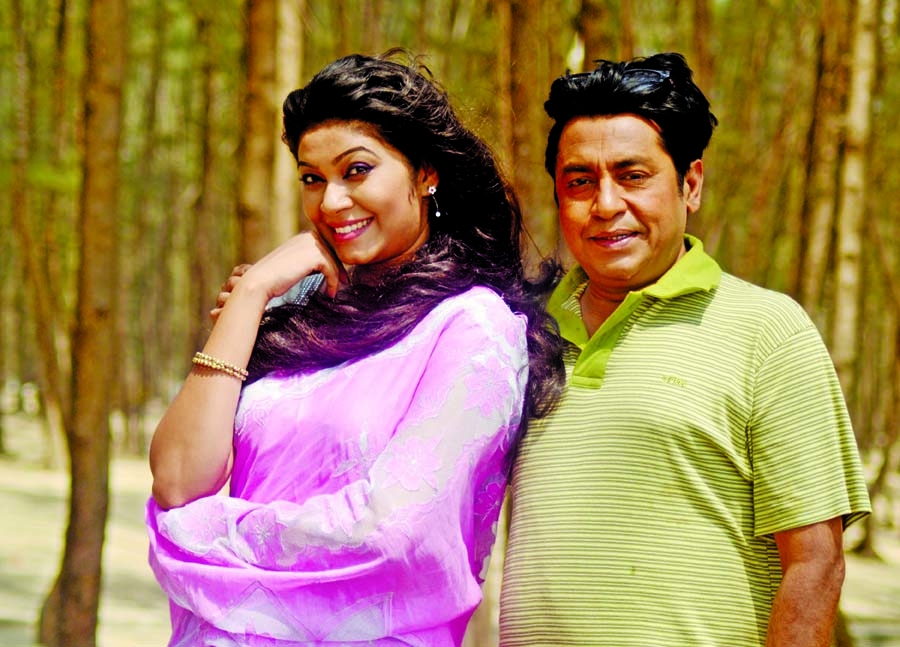 âThere is a positive side to act with the senior actors that any actor can get the opportunity to learn many things from them and also to know about different sides of acting. It is no doubt that they are very much cooperative,â said Lux star and popular TV actress Alvi Ahmed while sharing her feelings to act against popular actor and play director Shahiduzzaman Selim in a TV play recently.
Under the direction of Mizanur Rahman Labu, which script was also written by him, Alvi worked against Selim as juti in a TV play titled Kokhono Je Somudro Dekha Hoini.
Shooting of the play was wrapped up last week. Selim and Alvi acted in role of husband-wife in the play.
While talking about the play actor Shahiduzzaman Selim said, âAlviâs curiosity to learn acting has really impressed me. She is very polite too. In the new play, Alvi has really performed well.â
Rawnak Hasan has also acted in a special role in the play, which will go on air in any satellite channel on the occasion of coming Eid-ul-Fitr, said director Labu.
However, Alvi will be engaged with acting of a faction play today in Narsingdi.
It may be mentioned that Selim and Alvi first performed together in Rulin Rahman directed a drama serial titled Sontoron.
Selim last acted against Suborna Mustafa in a TV play titled Aji Bijon Ghor-e under the direction of Rahmatullah Tuhin.
Therefore, Selim acted Tuhin directed another serial titled Kshonikaloy is being aired on Maasranga TV now.
On the other hand, Alvi acted mentionable TV plays and drama serials are: Salauddin Lavluâs Potro Mitali, Ferdous Hasan Ranaâs Prithibir Sob Rup Mekh-e Achhe Ghas-e, Al Hajenâs Alospour, Jahangir Alam Sumonâs Grihodaho, Dena Pawna and Rajlaksmi Srikanto, Kaisar Ahmedâs Uttaradhikar and Jewel Mahmudâs Tattoghora.Â