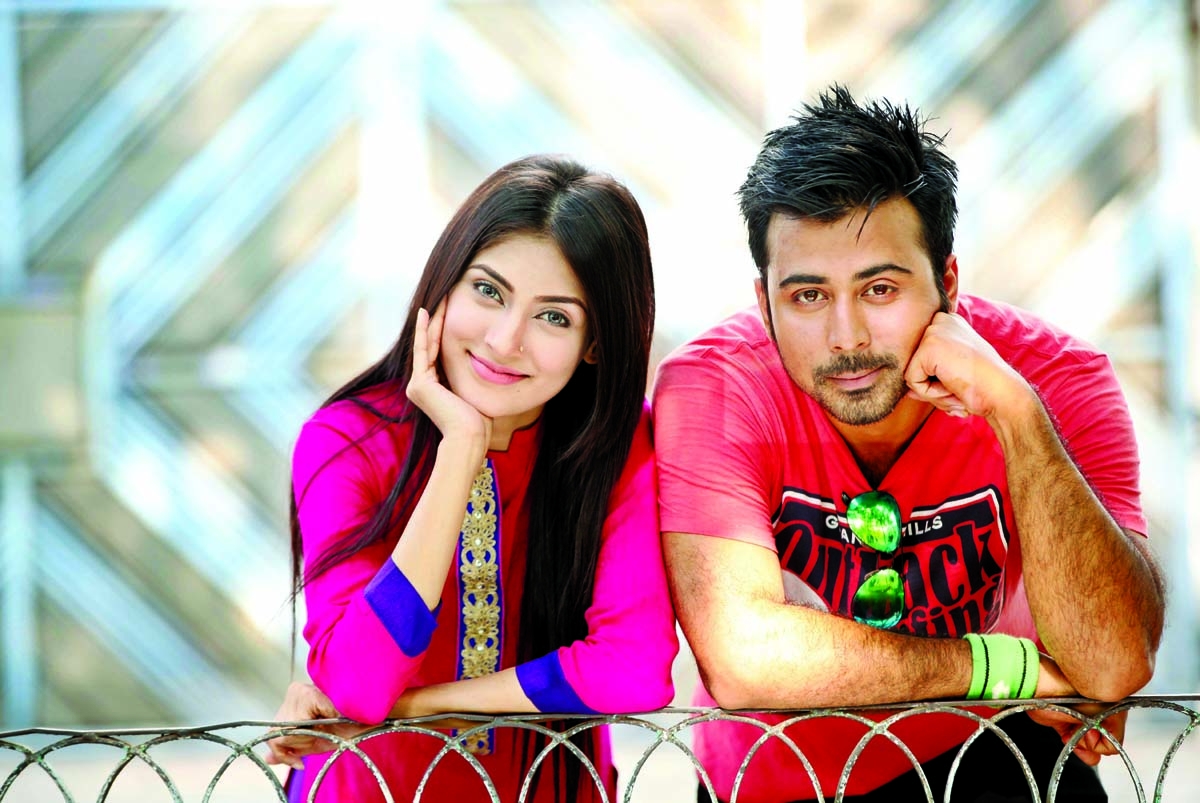 Popular juti of small screen of present time Afran Nisho and Lux superstar Mehzabein Chowdhury have performed together in many TV plays till now. But they didnât perform in any TV play which story was based on a triangular love story. Under the direction of Din Mohammad Montu Nisho and Mehzabein again performed together in a TV play titled Gollachhut, which story was written by Tuhin Hossain. Nijhum acted in another important role in this triangular love story based play.This play has been made to air on the occasion of coming Eid-ul-Fitr. Shooting of the play was wrapped up on Sunday in different locations in the cityâs Uttara area.While talking about the play actor Nisho told this correspondent, âI have acted in many plays now-a-days. But I didnât get exceptionality in the stories of the plays. But the story of Gollachhut written by Tuhin bhai was really exceptional from others. Therefore, I have liked Montu bhaiâs direction while taking part in shooting. However, I have better understanding with Mehzabein as co-actor. This was also happened while taking part in shooting of this play.âMehzabein shared her feelings by this way, âIt is true that when I donât like story or script of telefilm/TV play, I couldnât agree to act there. If it is necessary, I wait for a good story of play. I am requesting the viewers to watch the play Gollachhut.âIt may be mentioned that Nisho and Mehzabein last worked together in three plays at a time. The plays are: Irani Biswas directed The Metamorphosis and Nilaâr Apomrittyu, and Sheikh Amanur directed Obhineta. On the other hand, recently Mehzabein performed as model under the direction of Amitabh Reza in promotional television commercial (TVC) of Lux-Channel i Superstar 2014. Earlier she worked as a model in a TVC of Glaxose d under the direction of Adnan Al Rajib.In fact, Mezbaein is passing busy days with acting and modeling. On the other hand, Afran Nisho recently finished work of Nazmul Huda Emon scripted and directed a TV play titled Tin Number Haat,Â  and Evan Rehan directed another TV play titled Tom & Jerry. In these two plays, Shokh and Tisha acted against him respectively.