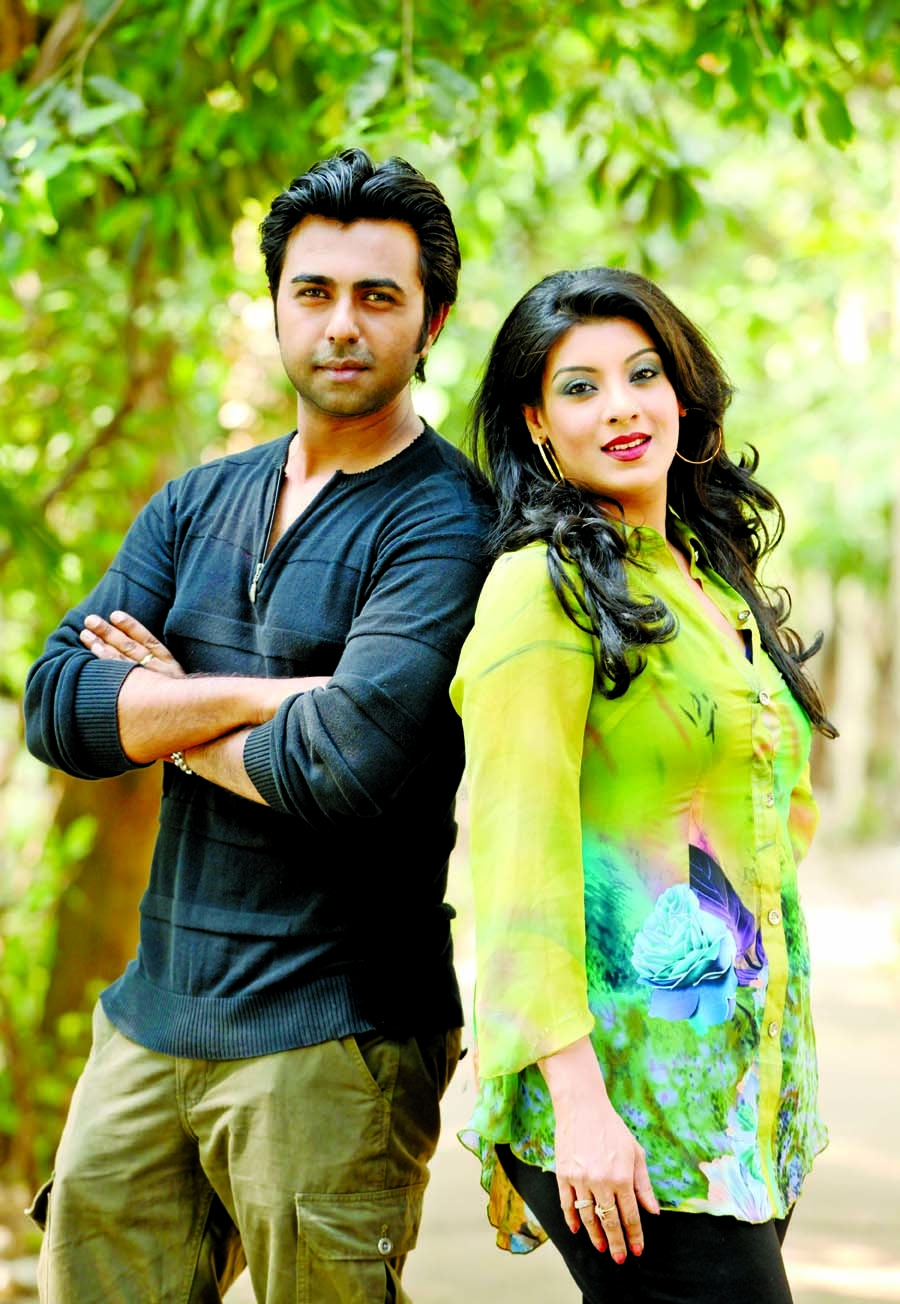 âI didnât think that it was my first work with Mou apu while taking part in shooting of a TV play. During that time this thinking was come into my mind that we performed together in many plays before. Mou apu is very professional actress. She has good âtime senseâ about the shooting. In fact, she has dedication to her works. For this reason, she came into this position. Newcomer actors can learn many things from her about acting,â this was said by popular TV actor and model of present time Apurbo while sharing his feelings to work against popular TV actress, model and dancer Sadia Islam Mou in a TV play.
With the story written by Rudro Mahfuz and directed by Shakhawat Hossain Manik Mou and Apurbo first time performed together as juti in a TV play titled Black Coffee.
In the play, Mou acted in role of Moumita, while Apurbo acted in role of Avik. Meanwhile, Lux superstar Urmila Srabonti Kar also acted in an important role, Iram in Black Coffee.
Produced under the banner of Versatile Media, while talking about the play Sadia Islam Mou told this correspondent, âBasically, my engagement in TV play or telefilm is being increased day-by-day rather than previous times. Two days ago, I had worked in a TV play with Tawquir bhai. Now plays are being made on the basis of good stories. I have enjoyed a lot to work with Apurbo.â
Shooting of Black Coffee will end today. This play will go on air in any satellite channel on the occasion of coming Eid-ul-Fitr, said its director Manik.
However, Zahid Hasan and Mou acted last popular TV play was Mr & Mrs Shahriar, which was directed by Anjan Aich. It was aired on Ekushey Television on Pahela Boishakh.
On the other hand, Apurbo has already finished shooting of Rahmatullah Tuhin directed a TV play titled Koto Dur-e Jabey Bondhu and Chayanika Chowdhury directed another play titled Pichhutaan.
In play Koto Dur-e Jabey Bondhu, Romana acted against Apurbo, while in another play Pichhutaan, Richi Solaiman and Jakia Bari Momo acted against same actor.
In the meantime, Apurbo has also finished work of Ashiqur Rahman directed a movie titled Gangster Return. Pia and Shampa acted against him in the movie. Apurbo is hopeful about his first movie.