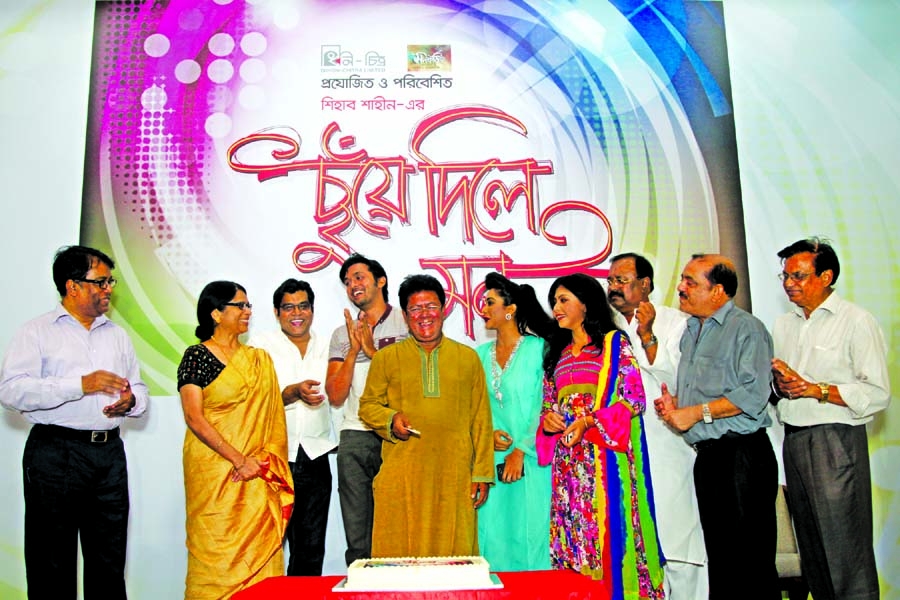 Media production houses, Ddhoni Chitra and Monforing are going to co-produce their first ever full-length feature movie titled Chhuye Diley Mon. This announcement was made at an event held at the Jahir Raihan Colour Lab Auditorium of Bangladesh Film Development Corporation (BFDC) in the cityâs Tejgaon area recently. This film, directed by Shihab Shaheen, is the first ever full-length feature film produced by Ddhoni Chitra.Managing Director of Ddhoni Chitra and producer of this film Sara Zaker, notable cultural personality Mamunur Rashid, director of the film Shihab Shaheen were present at the event along with the cast and crews of the film and notable personalities from the film industry.Lead actors of the film include Arefin Shuvo, Momo, Iresh Zaker and Ali Raj. Habib Wahid and Sajid Sarkar will produce the music for this film. While talking about the film producer Sara Zaker said, âThis is a small endeavour from us to contribute to the iconic film industry of Bangladesh. We request cooperation and best wishes from the film fraternity as we start our journey.âThe shooting of the film will start from May 3.