Researchers at UT Southwestern Medical Center are making breakthroughs that could benefit people suffering from depression.
A team of physician-scientists at UT Southwestern has identified a major mechanism by which ghrelin (a hormone with natural anti-depressant properties) works inside the brain. Simultaneously, the researchers identified a potentially powerful new treatment for depression in the form of a neuroprotective drug known as P7C3.
The study, published online in April's issue of Molecular Psychiatry, is notable because although a number of anti-depressant drugs and other treatments are available, an estimated one in 10 adults in the U.S. still report depression, according to the Centers for Disease Control and Prevention.
"By investigating the way the so-called 'hunger hormone' ghrelin works to limit the extent of depression following long-term exposure to stress, we discovered what could become a brand new class of anti-depressant drugs," said Dr. Jeffrey Zigman, Associate Professor of Internal Medicine and Psychiatry at UT Southwestern, and co-senior author of the study.
Ghrelin, a hormone produced in the stomach and intestines, has several widely known functions, including the ability to stimulate appetite. The latest research builds on a 2008 study led by Dr. Zigman, in which the team discovered that ghrelin exhibited natural anti-depressant effects that manifest when its levels rise as a result of caloric restriction or prolonged psychological stress.
The current findings identify ghrelin's ability to stimulate adult hippocampal neurogenesis, the formation of new neurons, in animal models. In addition, Dr. Zigman and his colleagues also found that the regenerative process inside the hippocampus - a region of the brain that regulates mood, memory, and complex eating behaviors - is crucial in limiting the severity of depression following prolonged exposure to stress.
"After identifying the mechanism of ghrelin's anti-depressant actions, we investigated whether increasing this ghrelin effect by directly enhancing hippocampal neurogenesis with the recently reported P7C3 class of neuroprotective compounds would result in even greater anti-depressant behavioral effects," Dr. Zigman said.
The P7C3 compounds were discovered in 2010 by a team of UT Southwestern researchers led by Dr. Steven McKnight, Chair of Biochemistry, Dr. Joseph Ready, Professor of Biochemistry, and Dr. Andrew Pieper, a former UT Southwestern faculty member and co-senior author of the current study. Previous research demonstrated P7C3's promising neuroprotective abilities in instances of Parkinson's disease, amyotrophic lateral sclerosis (ALS), and traumatic brain injury. Today, researchers hope that it can have a transformative impact on depression treatment too.
"We found that P7C3 exerted a potent anti-depressant effect via its neurogenesis-promoting properties," said Dr. Pieper, who is now Associate Professor of Neurology and Psychiatry at the University of Iowa Carver College of Medicine. "Also exciting, a highly active P7C3 analog was able to quickly enhance neurogenesis to a much greater level than a wide spectrum of currently marketed anti-depressant drugs."
Based on the study's behavioral findings, researchers believe that individuals with depression associated with chronic stress or with altered ghrelin levels or ghrelin resistance, as has been described or theorized for conditions such as obesity and anorexia nervosa, might be particularly responsive to treatment with highly neuroprotective drugs, such as the P7C3 compounds.
Future studies will examine the ability to apply these findings to other forms of depression, including the possibility of developing clinical trials aimed at identifying whether or not P7C3 compounds have anti-depressant effects in people with major depression, as predicted. The three main types of depressive disorders include major depression, dysthymia, and bipolar disorder. 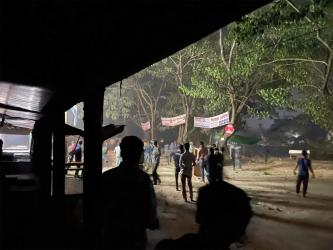 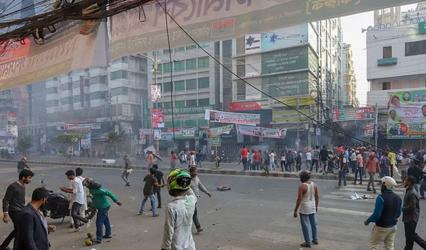