Liza in all play-back songs of a movie 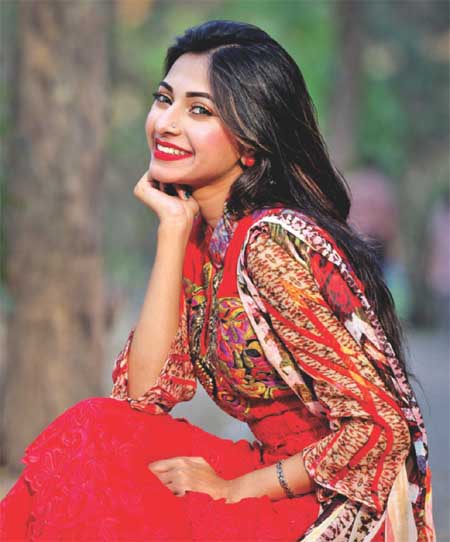 Sheikh Arif Bulbon :
In play-back, Liza started her career in the title song of Shahin Kabir Tutul directed movie Ei To Bhalobasha along with Tausif. Later she gave her voice for several other play-back numbers. But she rendered only one song in each movie. For the first time, Liza gave her voice for all the play-back songs of a movie. She has already given her voice for two songs. She will give her voice for rest two next week.
Liza gave her voice for Kashem Mondal directed a horror movie titled Pretatma. There will be four songs in the movie which lyrics were written by director Kashem Mondal. SD Babul has coordinated its music.
Liza has finished two play-back songs which were: Tumi je aamar kachhey sobcheye dami and E jibone ami shudhu tomai cheyechhi.
While talking in this regard Liza told this correspondent, âThe songs of the movie are composed with the theme of rural horror concept I have tried my level best to render these properly. I have really liked the play-back songs. I am really impressed to render these. I hope rest two songs will be also good numbers.â
It is noted that Liza has two solo albums in the markets. One is Liza Part-1 and another is Pagli Suraiya.
Therefore, Liza is hosting in two satellite channels now. On RTV every Thursday under her presentation Music Station and on Boishakhi TV every Saturday she is hosting another show Music Train.
However, last month Liza has returned from Canada after performing there in two stage shows. In December, she will again abroad to perform other shows, Liza said.Â