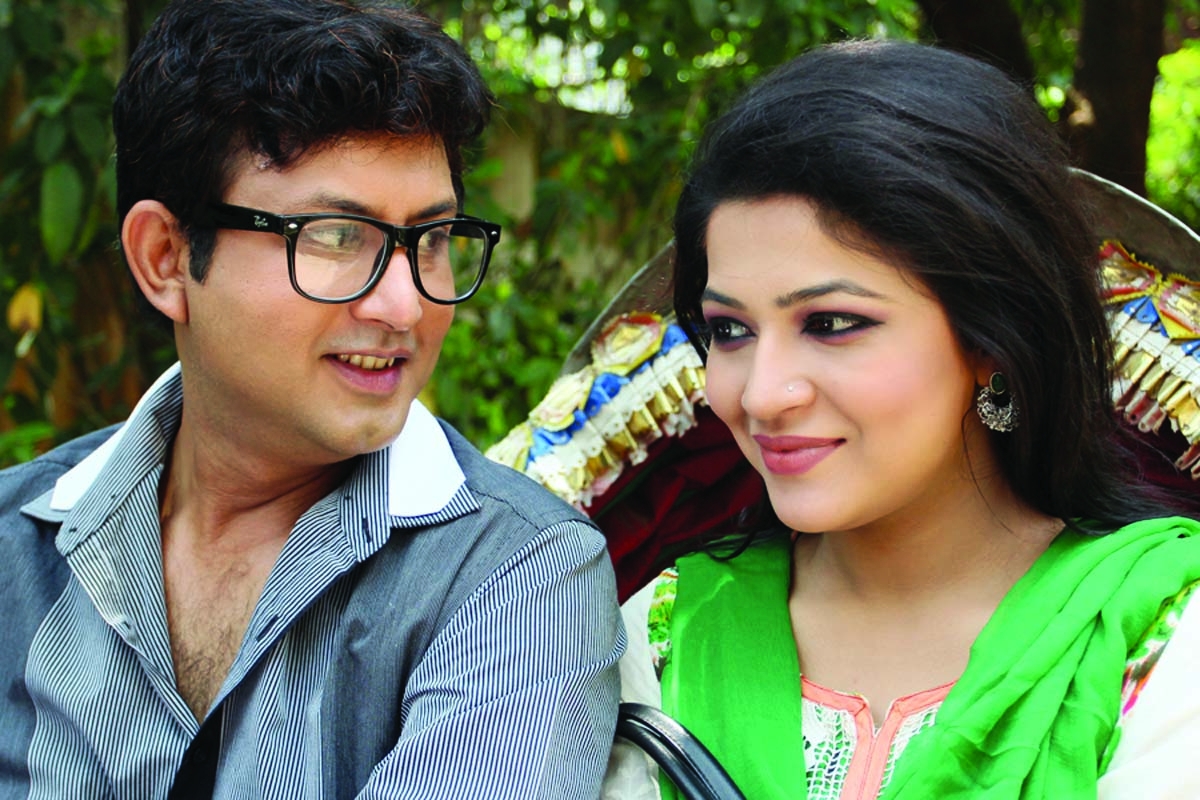 For the first time popular film actor Amin Khan and Lux superstar and popular TV actress Badhon have performed together in a special play on the occasion of upcoming Eid-ul-Fitr.
With the story written by Rudro Mahfuz and under the direction of Ziauddin Alam, Amin Khan and Badhon performed as juti (pair) in a play titled Discount Imran.
Shooting of the play was taken place in Kakrail film area, Steak House Restaurant in the cityâs Gulshan area and different locations in Uttara area recently.
While talking about to act against Amin Khan, Badhon told this correspondent, âWorking against Amin bhai was really nice. I couldnât understand it was my first work with him. He is a good person and also very professional actor. I am really impressed to see his acting.â
While talking about the play Amin Khan said, âI have been working in TV plays for few months. But after working against Badhon I really felt that I was working with a real actress who came to the set in schedule time. This thing impressed me a lot. Therefore, story of the play written by Rudro bhai is really nice.â
In the play, Amin Khan acted in role of Imran, while Badhon performed in role of Mou.
Therefore, model, actress and choreographer Arshiana Priya, film director Saif Chandan, Tanvir Masud, Shamim, Siraj Hossain, Uzzal, singer HM Rana, also performed in different roles in the play, which has been made under the banner of Versatile Media.
Shooting of the play has already been done. It will go on air in any satellite channel on the occasion of coming Eid-ul-Fitr, said its director Ziauddin Alam.Â