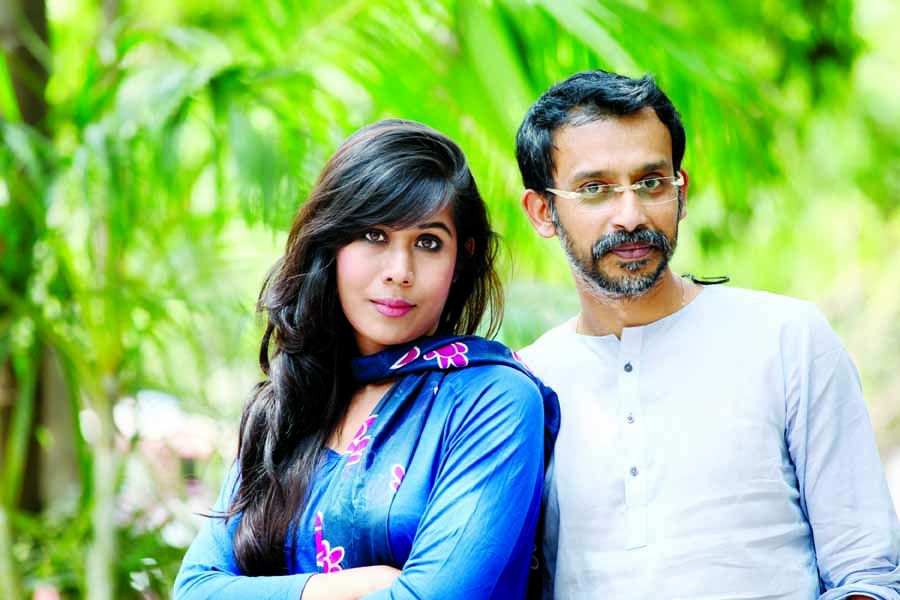 Shubhro Khan and Sraboni Fardous are husband and wife in real life. Both of them are attached with play direction. Besides direction, Shubhro Khan is also making television commercials (TVC). On the other hand, besides direction, Sraboni is also engaged with acting and production designing.
This director couple is coming with a drama serial titled Onakankhito Sotto for the viewers which story is based on true fiction story. Within this month this serial will go on air on private satellite channel RTV. In each one-hour long episode, viewers will watch a new story and after airing they will realise the true matter. Each episode of the serial will be made by Shubhro Khan and script of each episode will be written by three to four persons including Sraboni Fardous. Sraboni will also design its production, said Shubhro Khan.
It may be mentioned that Shubhro Khan last made recently aired Postmortem, which was aired on Maasranga TV. His work was appreciated to all.
While talking about the serial director Shubhro Khan told this correspondent, âI am really hopeful about the serial Onakankhito Sotto. Because it is a research based work. Therefore, we are making this serial very sincerely and carefully. Renowned and newcomer actors are acting in the serial according to the demand of the stories of the serial. I think viewers will enjoy its each episode.â
Shubhro Khan and Sraboni Fardous last jointly made a TV play titled Shuvojatra O Protiggapalon. Therefore, they separately made many plays till now. Sraboni last individually made a TV play titled Hothat Biroti casting Apurbo and Nisha. It will go on air in any satellite channel soon, Sraboni Fardous said.
Sraboniâs mentionable directed plays are: Swapnoloke Jatri, Kuri Bochhor Por, etc.
On the other hand, Shubhro Khan directed mentionable works are: drama serial Sada Ronger Swapno and Ochena Nilkontho, children programme Battu O Bondhura,Â  reality show Megh-e Dhaka Tara and Horlicks Future Force.
It may be mentioned that Shubhro Khan directed a TVC of Teletalkâs Chithi came into limelight where popular actor Anisur Rahman Milon performed.Â Â Â