âI want to be established as actress,â Sharlin 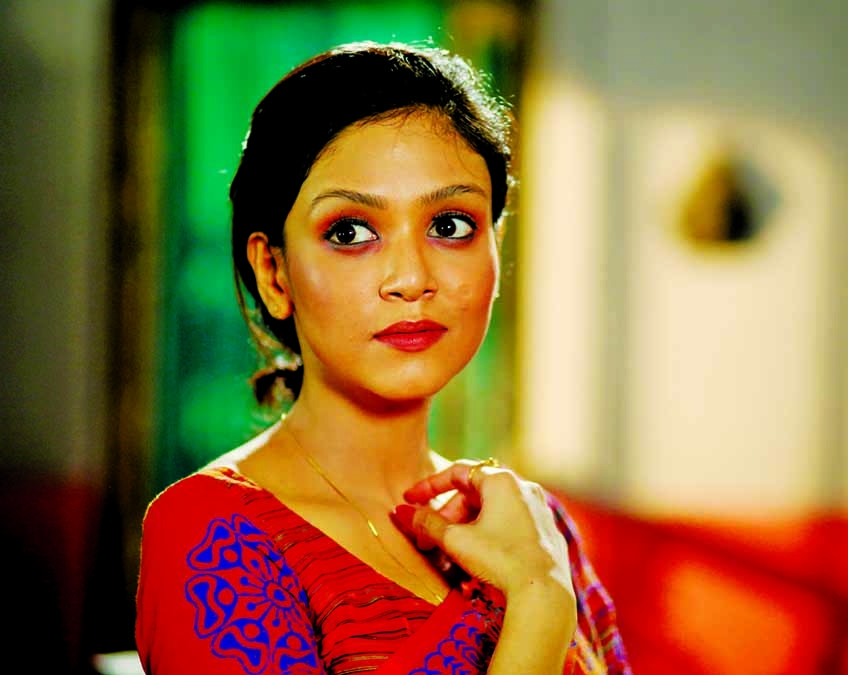 Newcomer TV actress Sharlin is acting in Golam Muktadir Shan directed a drama serial titled Lotakombol, which is being aired on GTV now. Its story is based on Sanjib Chattopadhyayâs novel. She talked with the New Nation about her present acting career.
NN: Please tell us about your character in serial Lotakombol.
Sharlin: In this serial, I am acting in role of Konok who is very simple person. She is only daughter of her family. For this reason, she has to take all responsibilities of her family. When she goes somewhere she becomes popular to all. Â
NN: Did you read any novel?
Sharlin: In my childhood, a novel of Sanjib Chattopadhyay titled Iti Polash was read by me from Biswa Sahitto Kendro. When I was informed that director Shan has decided to cast me in serial Lotakombol by same novelist I read the novel.
NN: What was your preparation to play in role of Konok?
Sharlin: As I never acted in any play earlier director at first gave me script of the serial. I read it attentively. Then I tried to watch those movies (both home and abroad), which stories were literature based. Later I took part in role of my character in self-rehearsal in front of the mirror and discussed with the writer about what would be my gate-up in the serial. This was my preparation before acting in Lotakombol.
NN: How you started your journey in media?
Sharlin: I started my career in media by a beauty contest titled You Got the Look. I became first in the contest in 2008. After became champion in that contest I became model of Aarong. My first acted television commercial was Amitabh Reza directed an Eid offer of GrameenPhone.
NN: What is your future plan?
Sharlin: Besides acting in Lotakombol, I have planned to act in several Eid plays. I always want to see dream with acting. I want to continue acting in media. In future, I want to establish myself as an actress in media.Â Â Â