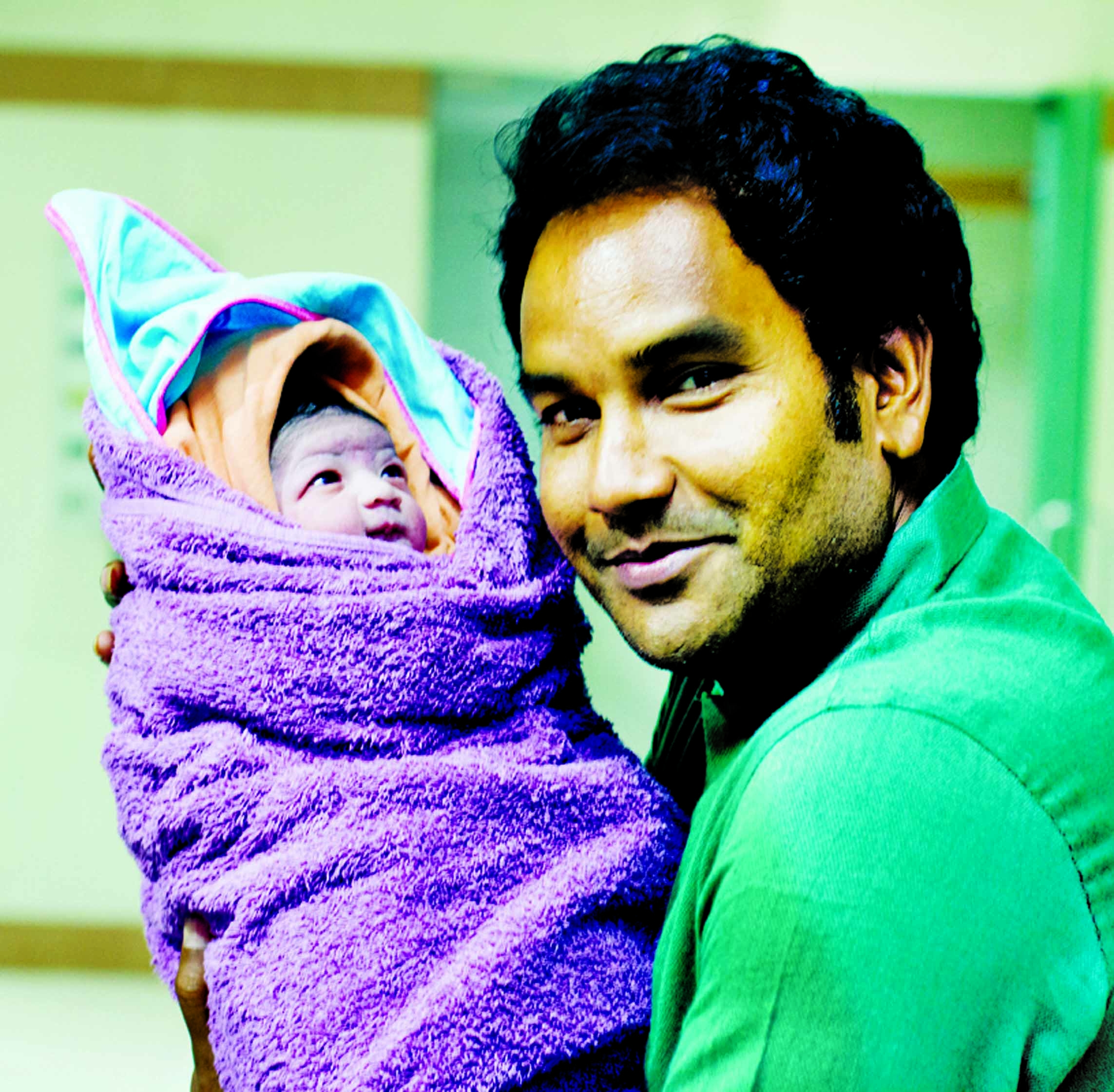 Popular TV actor Maznun Mizan became father of a daughter. His wife Anita Biswas Mira gave birth
a baby daughter at a city hospital on May 4.
Mizan informed this yesterday.
He also informed that name of Lubdhok Manob, his first child, son who is four years old now, was given by late Humayun Ahmed. His daughterâs name will be
given by Humayunâs second wife actress
Meher Afroze Shaon.
While sharing his feelings becoming father of a daughter Mizan told this correspondent, âEarlier I was father of a son. Now I am father of a daughter.
I am feeling a complete man now. I am grateful to Allah for giving me a well baby.â
Within two days Mizanâs wife along with baby will leave the hospital, Mizan said.Â