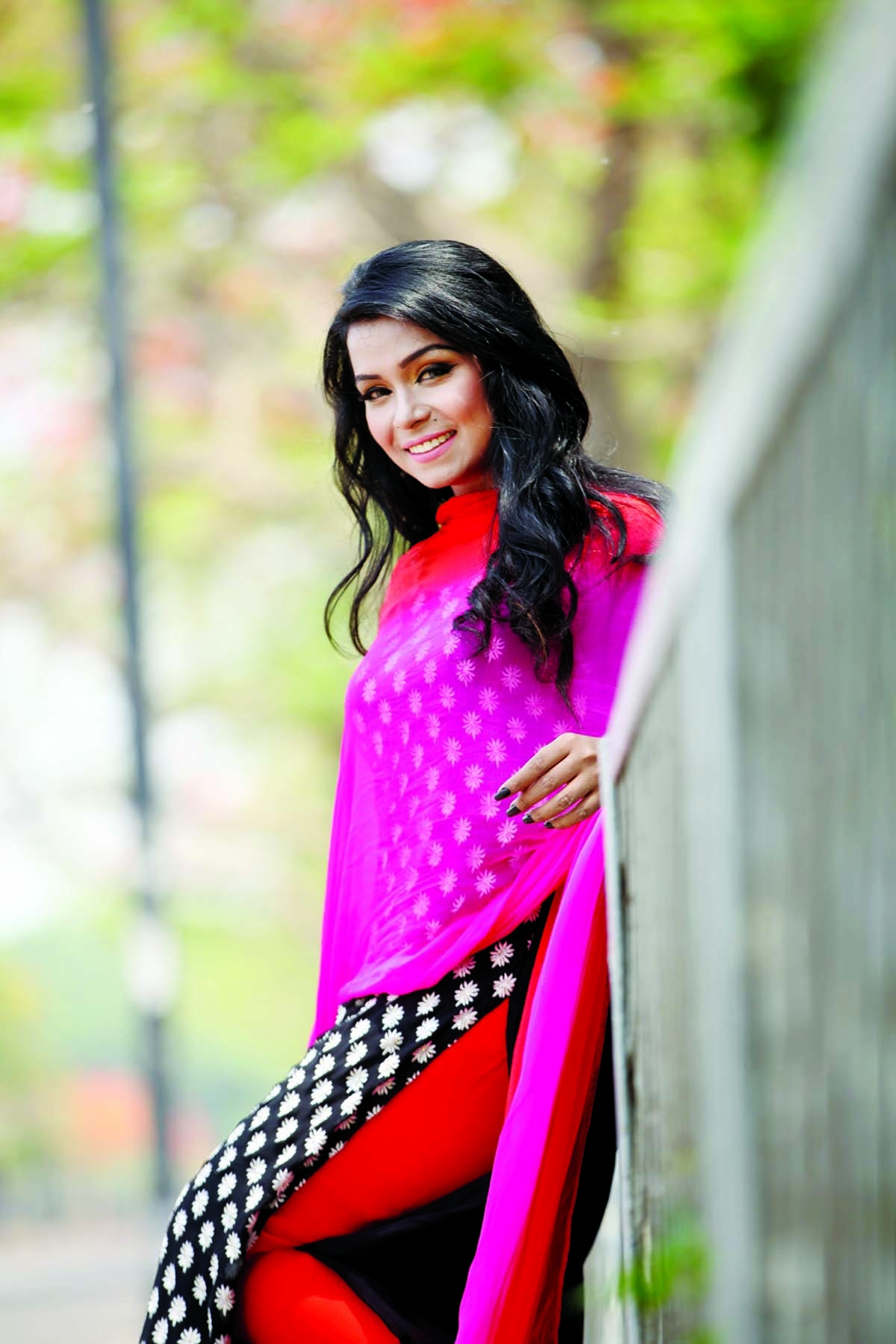 Jabin Ahmed is one of the Lux superstars of 2012 contest. Though she couldnât engage herself with acting hurriedly like other Lux superstars, but Jabin has already proved her acting skill. For this reason, her engagement with acting has increased rather than previous times.
Basically Jabin is regularly taking part in acting and hosting TV programmes in parallel way.
After becoming Lux superstar Jabin first acted in Anonyo Emon directed a TV play titled Pocket Sabdhan. Sujon and Prova were her co-actors in the play.
Later Jabin acted in many plays and serials like Shahidunnabiâs Gayer Bodhu, Ezaz Munnaâs serial Ashin, Goutam Koireeâs serial Kancher Canvas, etc.
Within very short time she got the opportunity to act under the direction of Tawqir Ahmedâs play. It was her great fortune to get the opportunity to explore her acting skill, Jabin believed.
Besides acting, Jabin is regularly hosting fashion related a show titled Style & Fashion on Desh TV now. This show is being aired every Thursday at 8:15pm.
While asking her what is her feelings working in media Jabin replied, âI have a dream to establish myself as an actress in media. I am now going on the track. Everybody is cooperating me. I am really enjoying working in media. Everybody pray for me.â
It may be mentioned that recently Jabin has already finished shooting of Shakhawat Hossain Manik directed a play titled Trishna and Anonyo Emon directed another play titled Ocean Blue.
Jabin Ahmed hailed from Rajshahi first hosted a TV show titled Basudha Gaan-er Diary on RTV. She will be appeared on the screen soon as an actress in Anonyo Emon directed a drama serial titled Rain Forest, which is being aired on SA TV now, Jabin said.Â Â Â Â