From the spot Jaanvi, Emon take part in shooting with helicopter 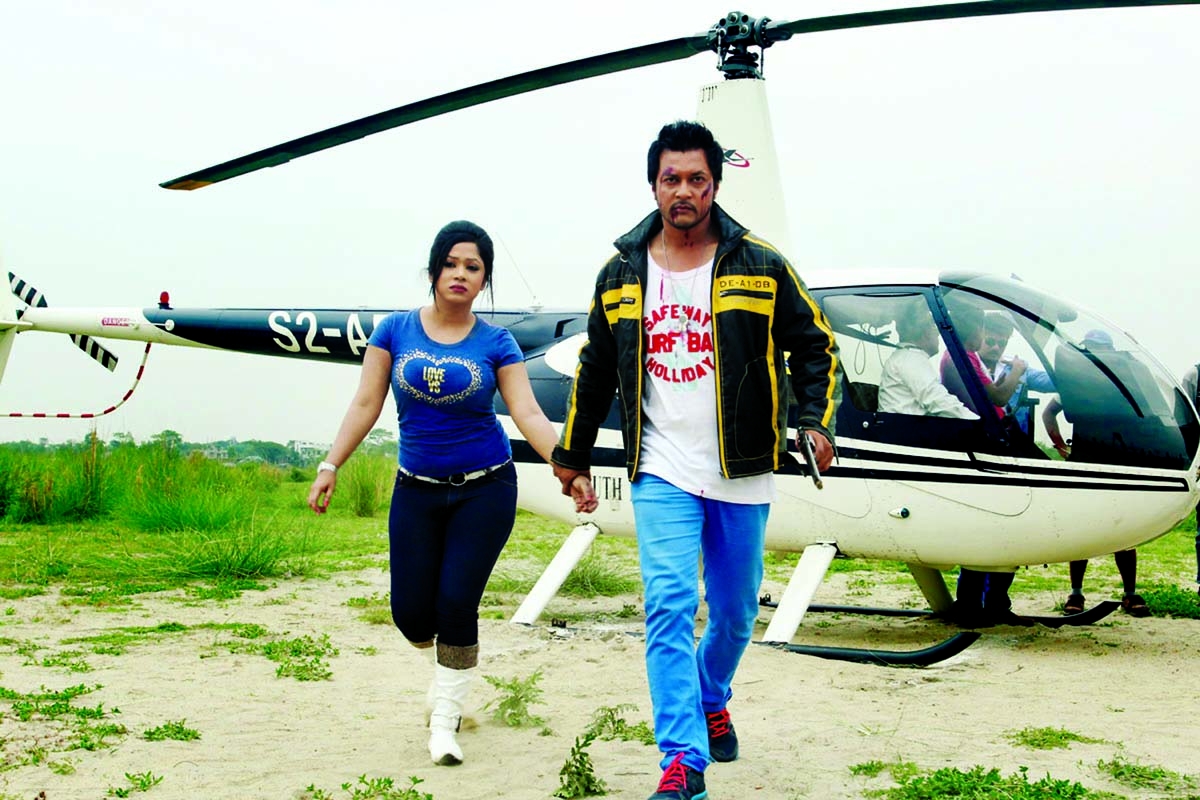 Popular film actor Emon along with
newcomer Jaanvi for the first time took part in shooting of a new movie titled
Janena E Mon using a helicopter in open field of Aftabnagar area in the city on Monday.
Emon and Jaanvi are acting in this movie as a pair. Director of the movie MA Rahim used 20 vehicles besides a helicopter for the shooting. Â
While this correspondent visited the spot he found Emon, Jaanvi and Alexander Bo were taking part in shooting. Fight director Bhatija Chunnu was giving fight direction to them. M Jaman was taking the shot
with four cameras there.
Saif Khan Kalu is giving dance direction, while HM Jaman is working as cinematographer in the movie. Ahmed Humayun is giving its music direction. Abdullah Zahir Babu has written story of the movie, which shooting is going to be end soon, said
its director Rahim.
It may be mentioned that shooting of movie Janena E Mon began in Coxâs Bazar on February 8. Director Rahim is making this movie after eight years break. His directed first movie was Narirao Protibadi, which was released in 2001. After the break, he is making this movie casting Emon and Jaanvi.
While talking about the movie heroÂ  Â
Emon told this correspondent,
âStory of the movie is really exceptional, which is not traditional. Though Jaanvi is newcomer, she is expert in dancing and acting. I think viewers will
enjoy the movie.â
Jaanvi shared her feelings by this way, âWith everybody's cooperation and pray I am working in my first movie. I had dreamt to be a heroine. Sporsho Telemedia gave me the opportunity to fulfil my dream. I am trying my level best to express my role in the movie.â