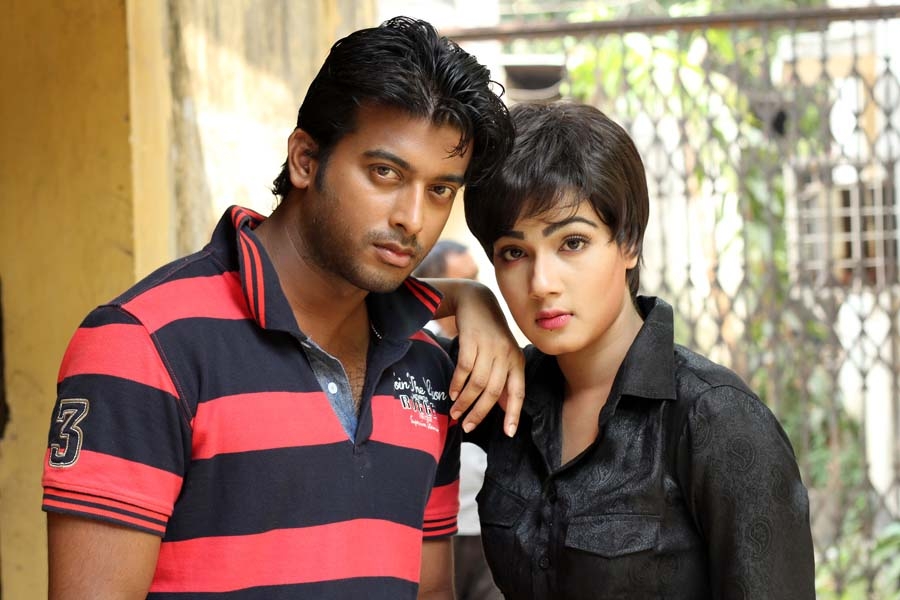 Popular film actress of present time Mahiya Mahi took part in shooting of a movie titled Big Brother at Bangladesh Film Development Corporation (BFDC) in the city on May 6.
Newcomer actor Shipon is acting against Mahi in the movie, which is being directed by Safi Uddin Safi and the movie is being produced under the banner of Jazz Multimedia.
It may be mentioned that Shipon first acted in a movie titled Desha - The Leader directed by Shaikat Nasir.
Besides Big Brother, Shipon is also acting in Zakir Hossain Raju directed movie Pothokoli, which story is based on the life stories of street children, and Shahidul Islam Khokon directed a movie titled Blank Cheque.
While talking about the movie Desha - The Leader Shipon told this correspondent, âShaikat bhai is my leader, like elder brother. I hope I will give something new to the viewers by this movie.â Story of the movie was written by Shaikat Nasir himself, while its dialogue was written by Abdullah Zahir Babu. Masum Babul and Saif Khan Kalu are in dance direction, while Chandan Chowdhury and Sohel Roni are in camera direction.
Mahiya Mahi shared her feelings by this way, âWhile working against Shipon in two movies I couldnât understand he was a newcomer. I am really impressed working with him. I think after releasing these movies, directors will think to cast me and Shipon as pair in their movies.â