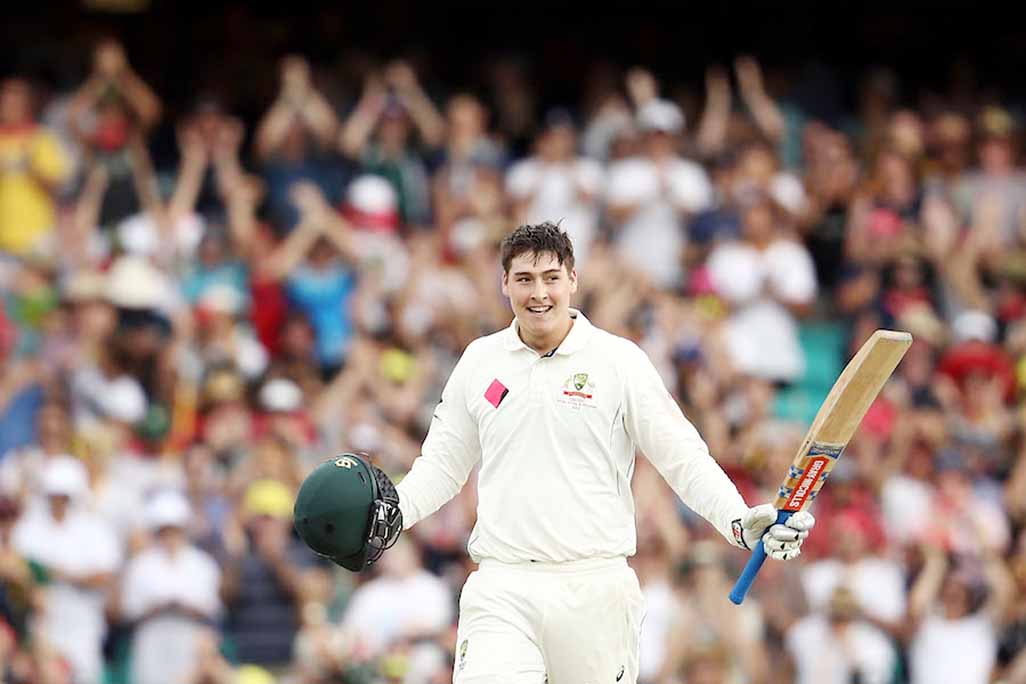 Matt Renshaw is all smiles after his maiden Test century against Pakistan on the first day of the 3rd Test at Sydney in Australia on Tuesday.

Australia's rookie opening batsman Matt Renshaw made a huge statement to selectors for next month's India series with a resolute maiden Test century against Pakistan on Tuesday.
The Yorkshire-born 20-year-old watched his opening batting partner David Warner blast a 78-ball century in the first session of the third Test in Sydney before he blossomed into his maiden Test century.
At the close with Australia at 365 for three, Renshaw had batted through the entire day to be unconquered on 167 off 275 balls with 18 fours after Warner was dismissed for 113 after lunch.
Renshaw has the chance on Wednesday's second day to further add to his tally and make an undeniable case for inclusion in the challenging four-Test series in India next month.
Former Test captain Michael Clarke said during the match commentary on the Nine Network: "There's been talk that Australia aren't going to take him to India, that Shaun Marsh will open in place of him. I think it'd be a terrible move."
The negative chatter didn't seem to have fazed Renshaw, who said: "I felt pretty good coming in. I didn't really know that I was going to miss out on India so it didn't really come into my head too much.
"You go into every game and try to do as well as you can, but I probably wasn't expecting to be this score tonight.
"It should be a good experience if I'm selected (for India), but we've got a Test match to win and I've got to keep batting tomorrow morning. I'm trying to concentrate on that at the moment."
Renshaw had to cope with the unique situation of farming the strike to the rampant Warner, who became only the fifth player to score a century before lunch in Test history.
"That's probably the first time I've been booed and cheered for blocking a ball in the same over," Renshaw said.
"He (Warner) told me to not change my game and just keep batting and try to get to lunch. I just tried to run as fast as I could when he was on 99."
He added: "I knew I was running to the danger end, so I just tried to put the burners on and try and get there."
Renshaw said he did not try to copy Warner's audacious shot-making as the team vice-captain ripped apart the tourists bowling attack.
"That first session was all just a bit of a whirlwind," he said. "Davey was absolutely smoking them and I was just trudging along on not many.
"I was trying not to keep up with him, like I have done in the past apparently.
"He keeps telling me that I'm not going to keep up with him too much, and I didn't try at all today."
Renshaw also overcame a fearsome Mohammed Amir bouncer to his helmet grill on 91.
He was cleared of concussion by team doctor Peter Brukner and then went on to scamper through for a single to bring up his 201-ball century.