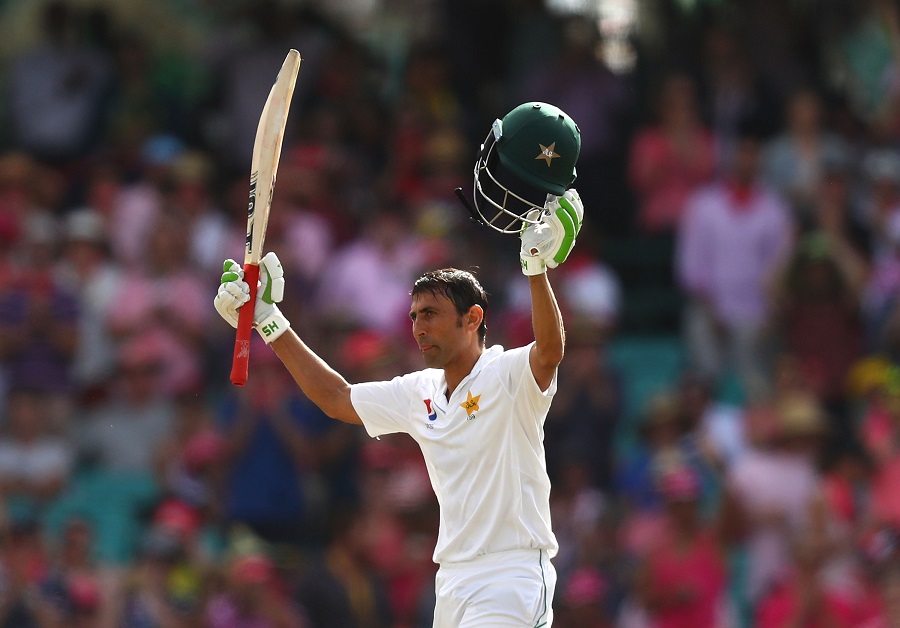 Younis Khan of Pakistan celebrates after reaching his century during day three of the third Test match against Australia at Sydney Cricket Ground in Sydney, Australia on Thursday.

Coach Mickey Arthur urged veteran Pakistan captain Misbah-ul-Haq Thursday to continue playing despite a difficult tour of Australia, saying he was an "integral" part of the team.
Misbah went back on comments he made after last week's series-losing Melbourne Test that he intended to retire and is leading Pakistan in this week's final Test in Sydney.
Pakistan's most successful skipper, who has scored a total of 20 runs in four innings in the series, said his remarks after the innings and 18 runs defeat in Melbourne were triggered by frustration.
Misbah is expected to make a decision on his Test career upon his return home, but Arthur said the 42-year-old skipper remained an integral part of Pakistan's team-rebuilding plans.
Arthur said he had spoken to the captain after the Melbourne Test and that Misbah had been "shattered".
"Misbah is a guy with such high morals and high values and high standards. He was shattered he hadn't contributed," Arthur told the Australian Broadcasting Corporation at the Sydney Test.
"But we said we would discuss it the next two days and we had a day off and had the chat and never mentioned it again.
"From that time he was totally committed to certainly playing this Test.
"I'm hoping he continues as I think he is integral -- him and I in terms of our working relationship, in terms of building the team in the next phase."
It has been a difficult series for Misbah, whose fielding has been badly exposed along with questions over his field placements and bowling changes.
"We can't work any harder at our fielding," Arthur told reporters.
"We catch balls continuously and (fielding coach) Steve Rixon works the guys hard and fielding has been a massive frustration for us."
"We set ourselves a helluva high standard and we are falling short in the fielding department by a long way. We have just got to keep on plugging away and make sure we get better at it.
"We certainly don't want to be labelled as a poor fielding team, certainly in my duration with the Pakistan team."