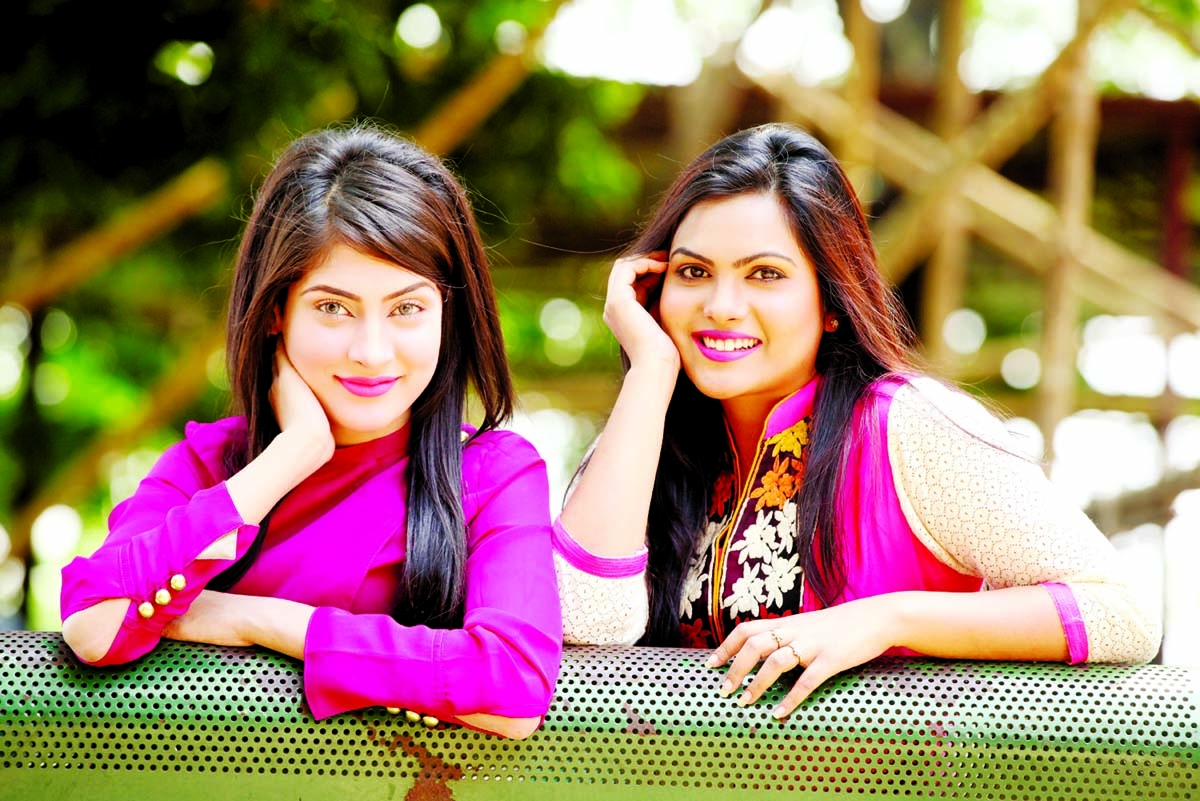 Hasin Roushan Jahan was the Veet star of 2011. She was the first Veet star. On the other hand, Mehzabein Chowdhury was the champion of Lux Superstar contest in 2009.
Though Hasin is senior to Mehzabein in age, they have a good friendship. This kind of good friendship will be seen on the screen between them.
Earlier they had experiences to take part in photo session together in various commodities. But for the first time they have performed together in a TV play titled Friends Forever.
Their real lifeâs friendship will be seen in this play, which was directed by Pallab Biswas.Â  Â
Main story of the play revolves with the friendship between Anonnya (Hasin) and Keya (Mehzabein) and at one stage both of them involve with love and affection to a person named Zarif.
Shooting of the play was wrapped up yesterday in a private university in Ashulia.
While sharing her feelings working with Mehzabein in a TV play for first time Hasin told this correspondent, âAt first, I am really grateful to Pallab Biswas because he gave us (me and Mehzabein) the opportunity to work together in a TV play. I canât really express in a word. We enjoyed while taking part in shooting. During break we also enjoyed a lot with gossiping.â
Mehzabein Chowdhury shared her feelings by this way, âI and Hasin are friend in the story of the play as like in our real life. For this reason, we couldnât feel worry while working in the play rather than enjoyed a lot. Therefore, Pallab Biswas has made the play very sincerely.â
Naim acted against Hasin and Mehzabein in the play, which has been made to air in any satellite channel on the occasion of coming Eid-ul-Fitr.
It may be mentioned that recently Hasin has started working in Maruf Mithu directed a new drama serial titled Tini Ashben, which is being produced by popular TV actor Mosharraf Karim.
Therefore, Hasin acted two drama serials titled Sonali Megh-er Bhela and Nari are being aired now.
On the other hand, Mehzabein last worked in Din Mohammad Montu directed a TV play titled Gollachhut. Afran Nisho acted against her in the play, Mehzabein said.