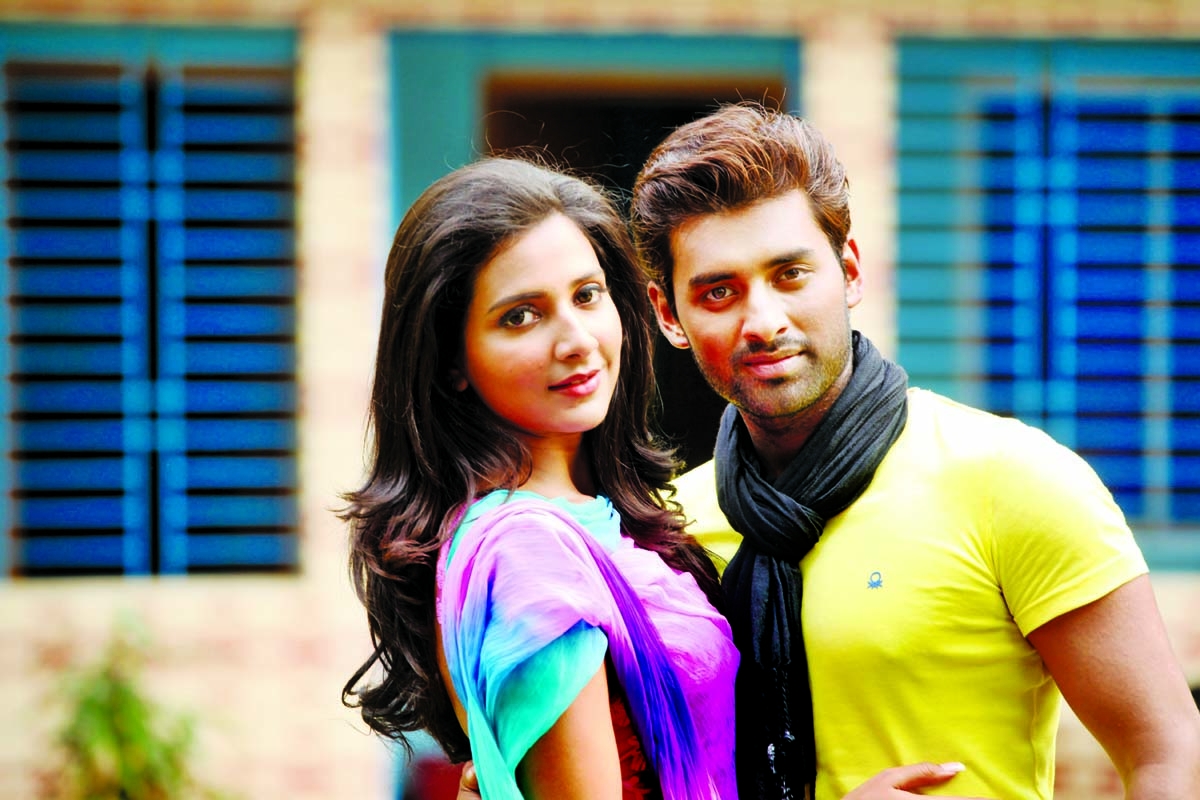 To take part in a premier show of a movie, Kolkataâs popular actor and actress Ankush and Subhashree will due to Dhaka on May 14 (Wednesday).
They will come to Dhaka to attend premier show of joint venture movie titled Ami Shudhu Cheyechhi Tomai, directed by Anonyo Mamun and Ashok Poti. They will also take part in a live show on Jamuna Television in same dayâs evening.
Premier show of the movie is scheduled to be held at Blockbuster Cinema Hall of Jamuna Future Park at 11:30am on May 15. Ankush and Subhashree will be present in the premier show.
While talking in this regard Subhashree told this correspondent over telephone, âWe are very much hopeful about the movie Ami Shudhu Cheyechhi Tomai. For this reason, while taking part in promotion of the movie we had to face sufferings a lot. As a result, to take part in premier show in Dhaka we will come here. I am requesting the viewers to watch the movie.â
Ankush said, âIt was my first work against Subhashree in any movie. Everybody will like the movie.â
After taking part in premier show in Dhaka they will again return to Kolkata to take part in another premier show of the movie, which has produced by Ashok Dhanuka of SK Movies and Anonyo Mamun.
In Bangladesh, the movie will release in 90 cinema halls across the country, while in Kolkata, it will release in 190 cinema halls on may 16.