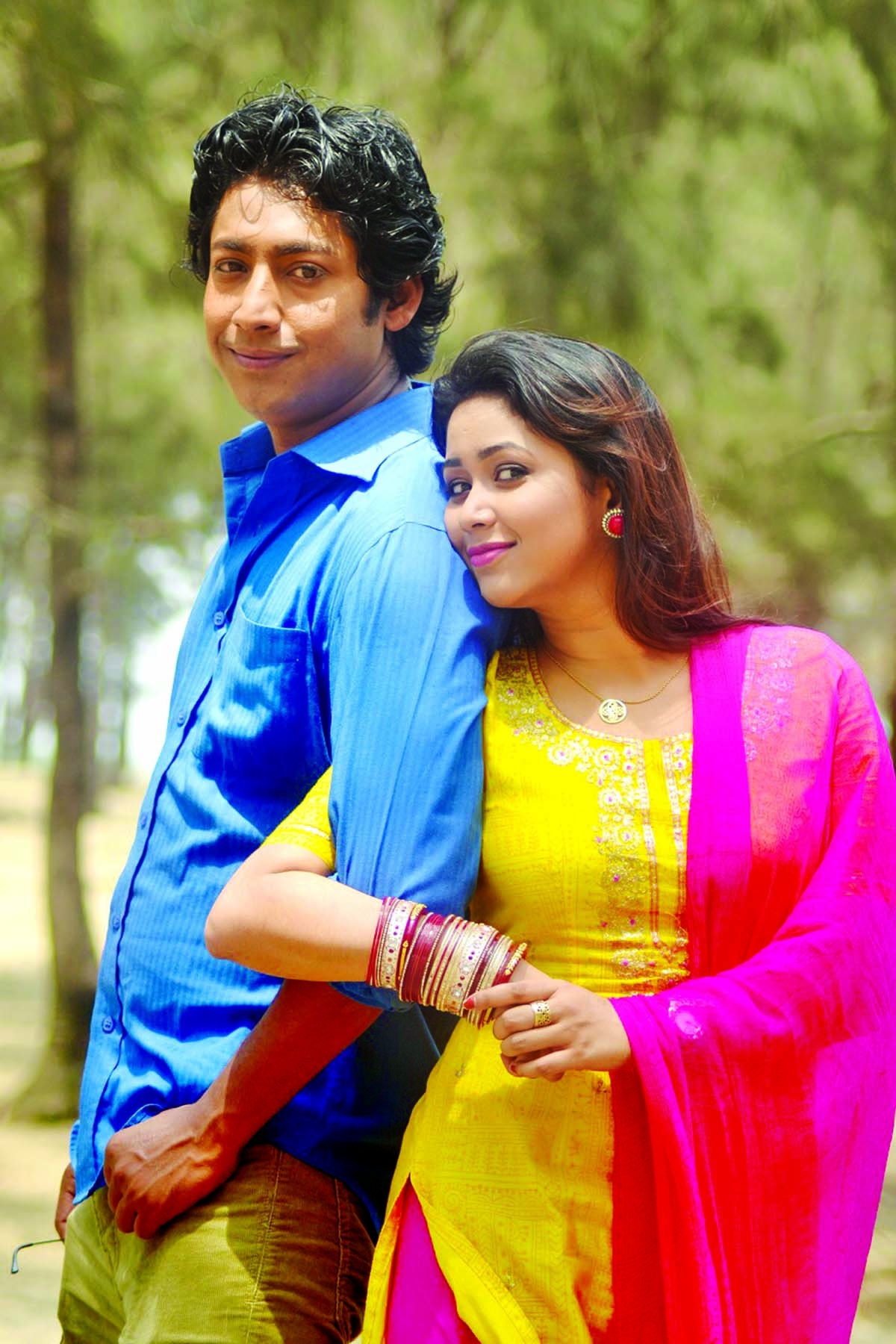 Earlier popular TV actor Rawnak Hasan and popular face of present time on the screen Ashna Habib Bhabna performed together as juti (pair) in a special play on the occasion of International Mother Language Day.After a break of two years, they have again performed together as juti in a TV play titled Hothat Golpo Ulot Palot. They have acted in roles of husband and wife in the play.Md Asiqur Rahman made the play under the script written by Rupantor. Shooting of the play has already been done. Now final editing of the play is being done now to air in any satellite channel on the occasion of coming Eid-ul-Fitr.While talking about working with Bhabna again as juti Rawnak told this correspondent, âBhabna is matured enough rather than previous time in acting. She can now easily enter into her character. She has performed well in play Hothat Golpo Ulot Palot.âBhabna shared her feelings by this way, âRawnak bhaiya is a theatre performer. I have learnt many things from him. Story of the play is really nice. I hope viewers will enjoy the play Hothat Golpo Ulot Palot.âWhile talking about to give the main message of the play its director said, âIn human life, love and affection are very important than money.âIt may be mentioned that Rawnak and Bhabna first performed together in Hasan Shikdar directed a play titled Kabir Hossain-er Pandulipi. This week Bhabna is working in Animesh Aich directed a drama serial titled Tumi, which is being aired on Banglavision now. Though she has intention to work in the big screen, Bhabna yet not get good script till now in this regard. On the other hand, besides acting Rawnak has written scripts of two plays on the occasion of Eid-ul-Fitr. Romantic-comedy story based these plays are: Koho Konnya Kobul and Shada Kalo.