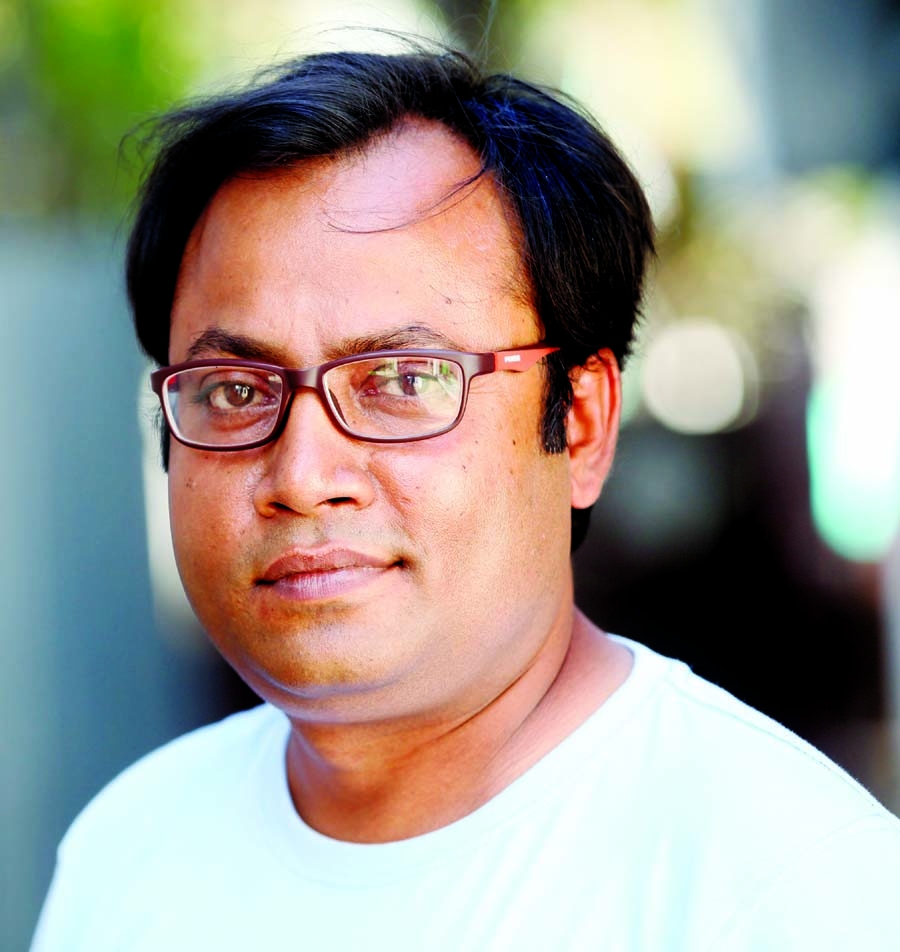 After completing his post graduation from the
department of Drama and Dramatics in Jahangirnagar University Maruf Mithu, hailed from Abdullahpur of Dhaka, wanted to establish his career as an actor.
But after acting in several TV plays Mithu decided to give direction of plays. He then made a faction play titled Bodhidrum under the story written by Ashraful
Chanchal. Intekhab Dinar and Nafiza acted in the play, which was aired on Boishakhi TV in 2004.
Later Maruf Mithu became regular in play direction. He never faced any shooting schedule related
complications from the performers due to his
previous acting experiences.
Maruf Mithu has made four drama serials till now. After airing three of those serials he became popular among the viewers. These serials were: Empty Pocket, which was aired on Boishakhi TV in 2007; Mitha Hari, which was aired on BTV; Shesh Bikeler Roddur, which is still waiting to air on BTV; and Bishesh Drostobbo, which was aired on SA TV.
Now Maruf Mithu is making his fifth serial titled
Tini Ashben, which is being produced by popular TV actor Mosharraf Karim. For this first time, he is making any serial where Dhakaiya language is being used by the actors. Mosharraf Karim, Hasin Raushan, Jui Karim are acting in lead roles in the serial, Mithu said.
While asking him to share his feelings to give
direction Maruf Mithu said, âI always want to give direction because I like it. By this way I want to continue my work for more than five years. I will make movie
and I will concentrate myself to make
commercial movie in the long run.â
It may be mentioned that Maruf Mithu directed
mentionable plays are: Seirokom Cha Khore,
Akashbhora Joshnadhara, Biporit-e Hith, etc.
Born on January 4, Intekhab Dinar and Jenny worked maximum number of Mithuâs plays, he said.