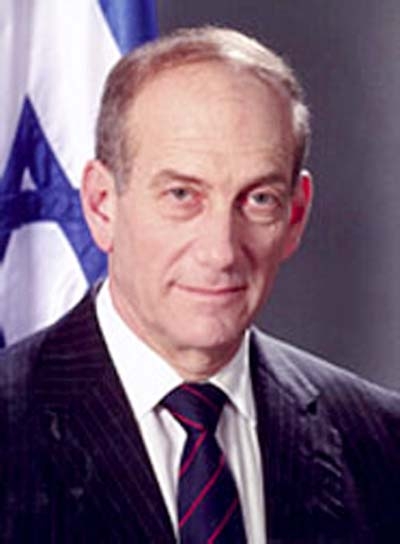 A court in Israel has sentenced former Prime Minister Ehud Olmert to six years in prison for bribery and fined him 1m shekels ($289,000; Â£171,000).The judge ordered Olmert to report to prison on 1 September, effectively giving his lawyers time to lodge their planned appeal with the Supreme Court.He would be the first former head of government in Israel to be jailed.The 68-year-old was convicted in March over a real estate deal that took place while he served as mayor of Jerusalem.The Tel Aviv District Court found he had accepted a 500,000-shekel ($145,000; Â£86,000) bribe from the developers of a controversial apartment complex, known as Holyland, for which planning and zoning laws were changed, and another 60,000 shekels for a separate project.Ten other government officials and businesspeople were convicted alongside Olmert. The sentences handed down on Tuesday against six of them ranged from three to seven years.Judge Uri Rozen said bribery offences "contaminate the public sector" and "cause the structure of government to collapse".He added: "People who receive bribes give rise to a feeling of disgust and cause the public to despise the state's institutions. The taker of bribes is like a traitor who betrays the public trust that was given to him - trust without which a proper public service cannot be maintained."