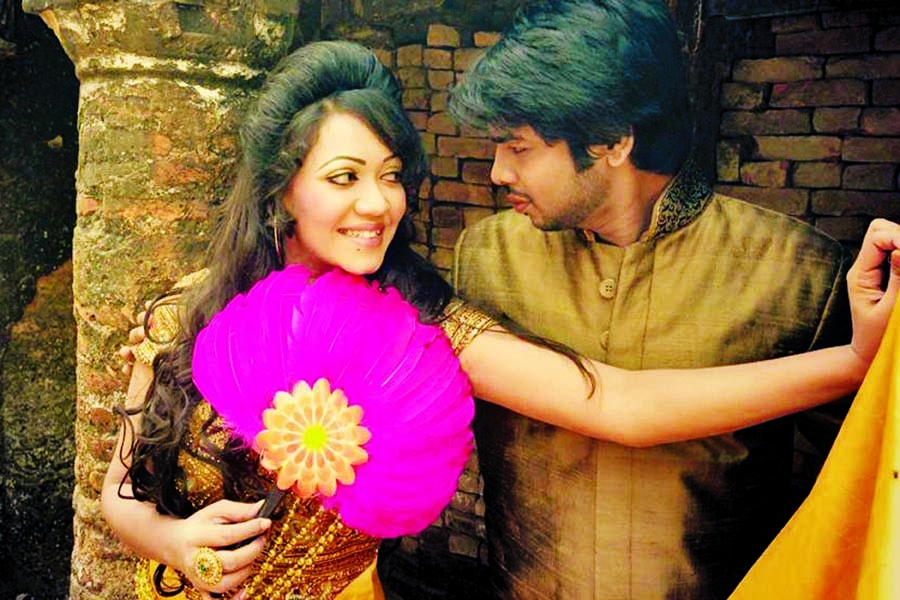 On the occasion of 153rd birth
anniversary of Rabindranath Tagore Soumitra Ghosh Emon has made a music video of Tagoreâs love song titled Aamar-o poran-o jaha chai. Shan has coordinated its music.
Promising TV actress and choreographer Arshiana Priya and singer Swapnil Sajeeb gave their vocals for the track. They also performed as models in the video. Shooting of the video was taken place at Panam Nagar in Narayanganj. Â
While talking about the video Priya told this correspondent, âSwapnil is my close friends for many days and also my favourite singer. For this reason, I gave my vocal in this video. I hope viewers will enjoy the video.â n