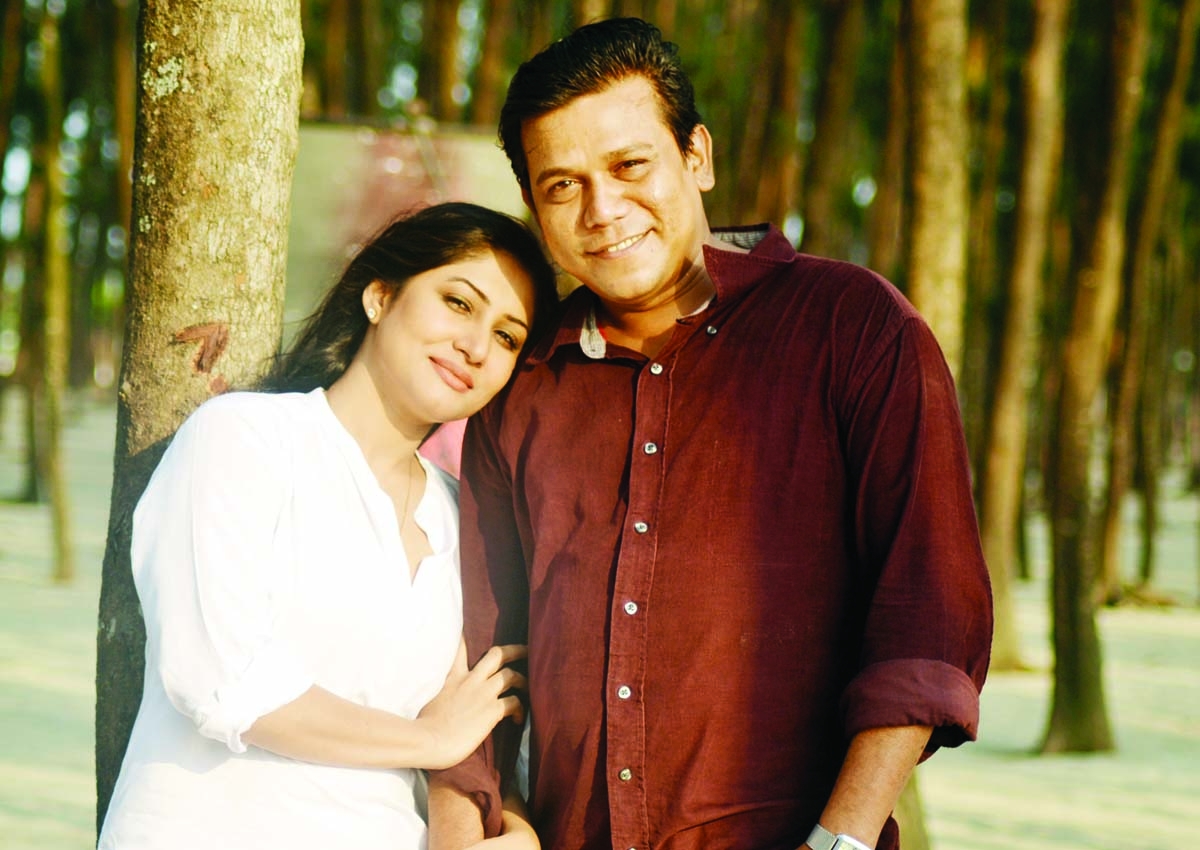 Rini and Saif are happy couple. But they have a pain because they have no children.
Saif never become father of a baby. To inform this true to his wife Rini, Saif again invents that he loves his wife so much.
Then he gives an exceptional space to his wife in his mind. Story of the play gets momentum. This is the story of a TV play titled Nibhrito Swapno Abortey.
Yusuf Ali Khokon has written script of the play, while it was directed by Jubayer Ibne Bakar.
Popular TV actress Farah Ruma acted in role of Rini, while National Film Award winning actor Shatabdi Wadud performed in role of her husband, Saif in the play.
While talking about the play Farah Ruma told this correspondent, âIt was my first work against Shatabdi. He is a talented actor and also very cooperative performer.â
Shatabdi shared his feelings by this way, âStory of the play was really nice. Therefore, my role in the play was very challenging. I have tried my level best to express my character properly in the play.â
The play Nibhrito Swapno Abortey will go on air in any satellite channel on the occasion of ensuing Eid-ul-Fitr, said its director Jubayer.
However, Farah Ruma acted Nargis Akhter directed a movie titled Putro Ekhon Paisawala was earlier scheduled to be released this month. Due to unknown reason it became uncertain now. It was Farah Rumaâs first movie. She had a lot of dream with this movie.
On the other hand, Shatabdi Wadudâs last acted Tanvir Mokammel directed movie titled Jibondhuli is being screened across the country now. Shatabdi acted in role of a lead role in the movie where Jyotika Jyoti acted against him.
Meanwhile, Farah Ruma recently finished works of Chayanika Chowdhuryâs two plays and Sadat Russell directed a faction play. She will work against Apurbo in a faction play on Monday, Ruma said.