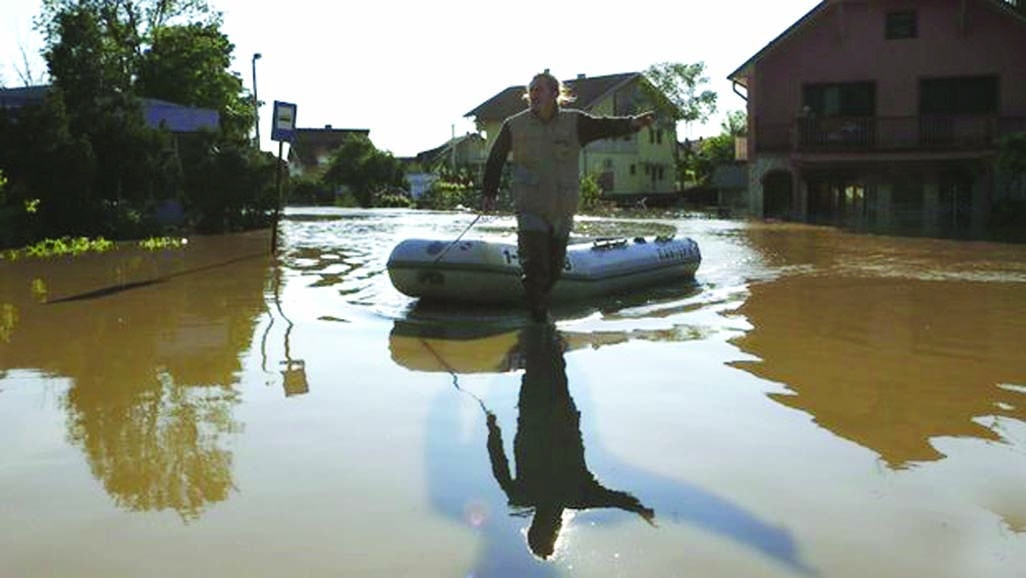 Almost one-third of Bosnia is under water - from the air the north-eastern corner of the country resembles a huge muddy lake. Photo: Internet

The worst floods in the Balkans for decades are threatening Serbia's main power plant, officials say.
The River Sava has burst its banks in many areas and water levels are expected to peak later on Sunday.
At least 20 people have died in Serbia and Bosnia-Hercegovina after three months of rain fell in just a few days, and the death toll is expected to rise.
In Bosnia, landslides have buried houses and disturbed landmines laid during the war in the 1990s.
The extreme weather in Bosnia is heaping danger upon misery. The floods are not just the worst in living memory - they are bringing a deadly reminder of the conflict of the 1990s back to the surface: Landmines.
There are still more than 100,000 landmines littering the Bosnian countryside, according to the country's Mine Action Centre. Almost two decades on from the end of the conflict, people are still killed and injured every year.
Casualty numbers have reduced over the years, thanks to demining efforts and the mapping of minefields. Local people know the danger areas - and the safe paths.
But the torrential rain, floods and landslides are likely to cause the mines to move. Warning signs have already been washed away in a number of places. When the floods finally recede, there will be an urgent need for the deminers to move in.
In Serbia, thousands of residents in Obrenovac were moved to safety after much of the town was inundated.
The town, south-west of the capital Belgrade, is home to the Nikola Tesla power plant, which supplies much of the country.
Serbian Prime Minister Aleksandar Vucic said that his government's primary concern was to protect the power plant.
"We are doing all we can," he said. Thousands of volunteers have responded to the government's appeal to build up flood defences along the Sava.