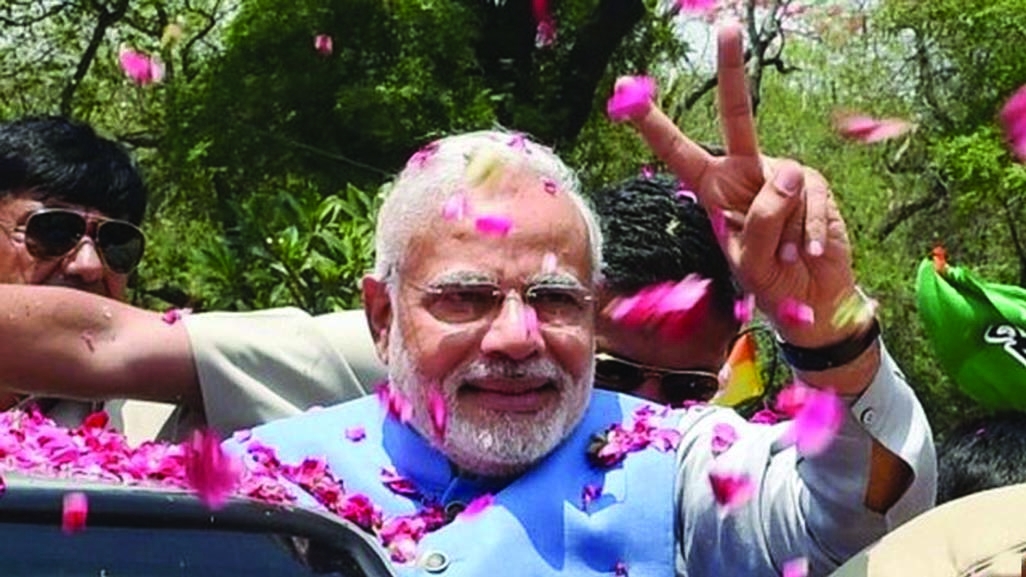 India's Prime Minister-elect, Narendra Modi, has been performing religious rituals in the Hindu holy city of Varanasi after his election landslide.Mr Modi offered prayers on the banks of the river Ganges after being greeted by jubilant supporters.Observers say the ceremony was rich in political symbolism, underlining Mr Modi's roots as a Hindu nationalist.Mr Modi, 63, also promised to clean up the Ganges, considered a sacred river by Hindus. He was elected to parliament from Varanasi as well as from another seat in his home state of Gujarat.Narendra Modi arrived to a hero's welcome in the Indian capital for the first time after leading his party to a historic win. Supporters lined the streets, showering him with flowers en route to BJP headquarters.Security was very tight: police lined the route and armed special forces personnel were deployed.At party headquarters, the mood was festive. A brass band kept pace with a company of bagpipers and supporters danced and sang. It took a while for Mr Modi's cavalcade to make its way there and senior BJP politicians urged the crowd to stay calm."He's coming, he'll be here very soon," one of them told exuberant supporters, while another begged people to get down from trees they had climbed to gain a vantage point.As they spotted the cavalcade, Mr Modi's supporters at party HQ drove themselves into a frenzy, almost knocking down the security barricades in the process. "Modi, Modi," they screamed, giving him a rock-star welcome. Earlier he held a victory procession in the capital, Delhi. Narendra Modi secured the most decisive election victory in India in three decades, campaigning on promises to revive the economy. He is expected to be sworn in next week.Manmohan Singh, whose Congress party was crushed in the poll, has tendered his resignation as prime minister.Results show the BJP gained a majority in parliament and will be able to govern without coalition partners. However, many Indians still have profound concerns over Mr Modi because of claims he did little to stop communal riots in Gujarat in 2002 in which at least 1,000 people died, most of them Muslims.Mr Modi, chief minister of Gujarat, has always denied the allegations and was never charged.After arriving in Delhi from his home state, Mr Modi was greeted by flag-waving supporters. He stepped out of his car, flashing a victory sign.A brass band, drummers and bagpipers met him at the BJP headquarters, while bunting and balloons decorated the street.A sense of "religious fervour" swept through crowds celebrating Mr Modi's victory, as Andrew North reportsNoticeably tight security is in place, the BBC's Sanjoy Majumder in Delhi reports.The BJP has won 282 seats - more than the 272 seats needed for a parliamentary majority.Speaking at BJP headquarters, Mr Modi said: "I want to bow, I want to give my thanks... to the people of India." He said Indian media had created "consciousness among voters" and a "great festival of Indian democracy".