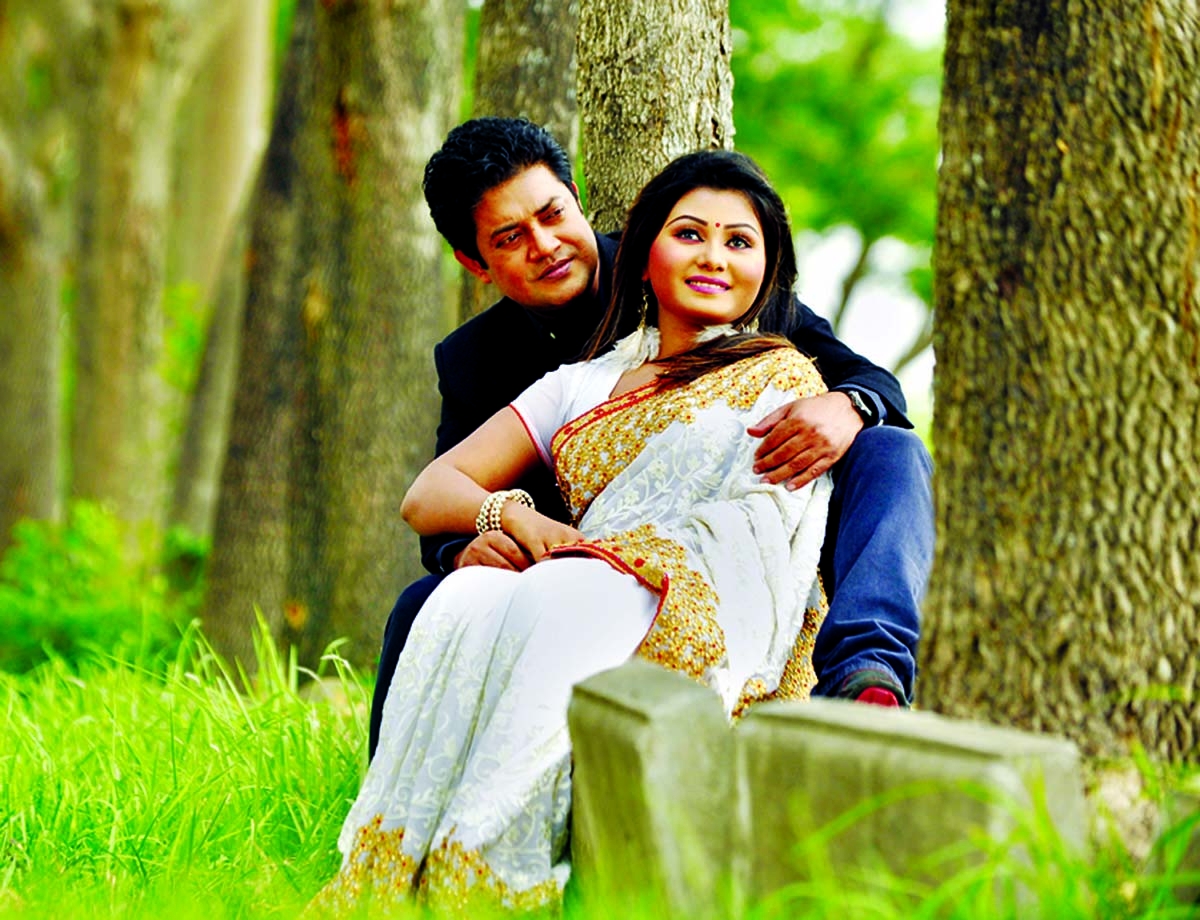 Popular director of present time Taju Kamrul has made a play titled Duplicate on the occasion of ensuing
Eid-ul-Fitr casting popular TV actor Ahsan Habib Nasim and newcomer actress Mahin Sabin Rafi.
Fazlul Karim has written script of the play. Already shooting of few parts of the play has already been done. Within very short time shooting of its rest part will begin in different locations in Srimangal area in Sylhet, said its director Kamrul.
In the story of the play, it will be seen that Abir meets a tea-worker named Reshma while visiting a tea garden in Srimangal area. But Abirâs friend Sohan thought that Reshma was his ex-girlfriend Chandana. Story of the play gets momentum and climax.
Rafi acted in role of the character in the play. By this play, Rafi for the first time acted in a dual role in any play.
While talking about the play and her character Rafi told this correspondent, âIn the play, I have worked in roles of Reshman and Chandana at a time. To act in a dual role is really an exceptional experience for me. After beginning story of the play gets climax till its ending. Therefore, I really liked working against Nasim bhai.
He is very much broadminded.â
Nasim shared his feelings by this way, âTaju Kamrul is making many plays now-a-days. He is very dedicated to his works. Rafi is also very dedicated and talented actress. She has an ability to blend with her role while acting in the play. I think overall the play will become a nice one.â
Director Kamrul said, âDuplicate is being made to air
on the occasion of ensuing Eid-ul-Fitr. In fact, the play
is being made slowly and carefully because it becomes a nice work.â
Produced under the banner of Padma Telefilm, Abid Rehan and Tutul are also acting in two other roles in
the play Duplicate.Â Â Â Â Â