Tahsan-Urmila pair up for TV play 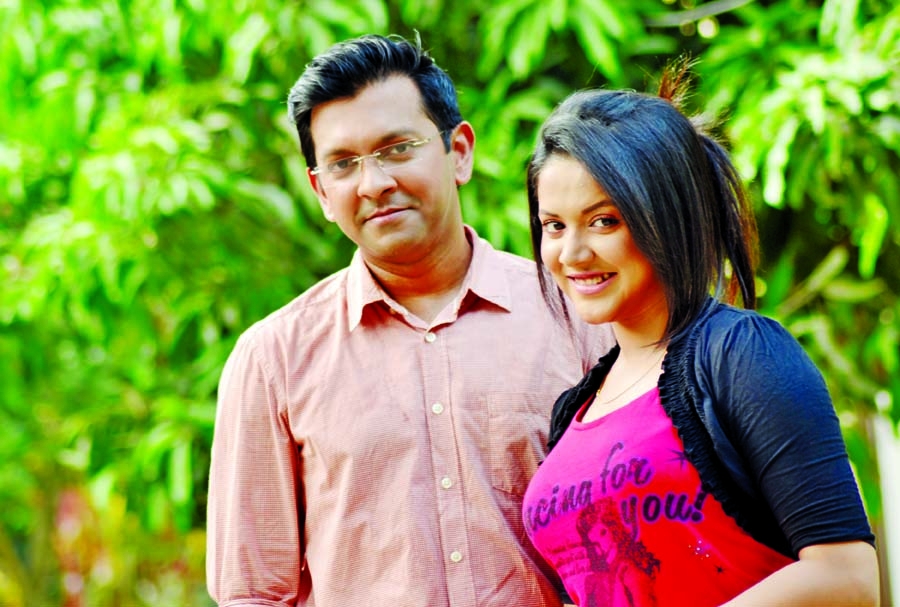 Popular singer Tahsan has experience to work against Agnila, Monalisa, Tisha, Bidya Sinha Saha Meem, Mehzabein Chowdhury, among others, in either TV plays or telefilms in different times.
For the first time, Tahsan has worked against Lux superstar Urmila Srabonti Kar in a TV play titled Somporker Golpo.
Mabrur Rashid Banna has written story and script of the play, which was also directed by him.
Produced under the banner of Tom Creations shooting of the play was wrapped up on Saturday at Pulertek in Dakshinkhan area in the capital.
Tahsan acted in role of âMushfiq,â while Urmila performed in role of âDihanâ in the play.
While sharing his feelings working in the play Tahsan told this correspondent, âScript of the play was nice. In fact, I have enjoyed working in this play. I think viewers will also enjoy the play to watch.â
Urmila shared her feelings by this way, âEarlier I had worked against Tahsan bhai in a play. But I acted in that play in role of a guest performer. I have acted in role of a lead role in the play Somporker Golpo. I have tried to express my role in the play. In fact, due to having scorching heat we had to take part in shooting and we made a nice play at last. If the viewers would like the play, our sufferings will become successful.â
It may be mentioned that Tahsan earlier worked under Mabrur Rashid Banna in plays titled Alien O Rumpar Somporko, Alien O Rumpar Somporko-2, e-Clips and Fireflies.
However, Tahsan last week finished work of Imraul Rafat directed a TV play titled Old is Gold against Lux superstar Bidya Sinha Meem.
Tahsan started his acting career by Afsana Mimi directed a play titled Offbeat in 2004. Recently he has been selected to act in Redoan Roni directed a movie titled Morichika.
On the other hand, Urmila acted Ezaz Munna directed a drama serial titled Jogajog Golojog is being aired on NTV now.
Meanwhile, Tahsan uploaded one of a new song titled Ador of his band Tahsan & Sufis in youtube on May 14 night. Tahsan himself composed its lyrics and music. Tahsan has already share the song in his facebook and fanpage accounts.
While sharing in this regard Tahsan said, âNow there is no money to render a song. Rather than a singer has to spend money for the audio production houses to release his/her album. From that point of view, I have released to song not to deprive my fans.âÂ Â Â Â Â Â