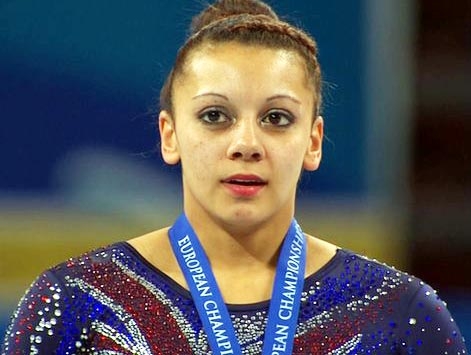 Great Britain's Rebecca Downie won gold in the uneven bars at the European Artistic Gymnastics Championships in Sofia, Bulgaria.
The 22-year-old scored 15.500 to finish ahead of Olympic champion Aliya Mustafina (15.266) and fellow Russian Daria Spiridonova (14.966).
Downie is the first British woman other than Beth Tweddle to win an individual European title.
"It's such an amazing feeling, I'm so happy," she told BBC Sport.
Downie, who had not won an individual medal since claiming bronze on the beam at the 2006 Commonwealth Games, added: "I think you could see the emotion when I landed and it was just a massive relief.