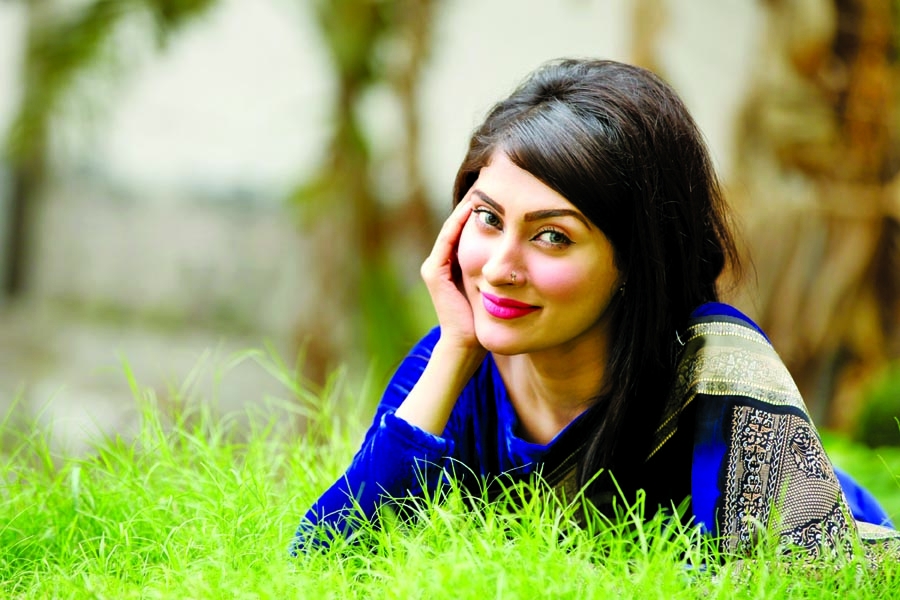 Title of the play is Ekti Onakankhito Prem-er Golpo. Sajal Ahmed has written its story, while BU Shuvo has written its script and also gave direction. Shooting of the play was wrapped up yesterday. In the story of the play, it will be seen that a dual relationship was being developed between Anna and her two friends - Ratul and Sadiq. At one stage, both the friends realised this thing. Then Anna didnât take her decision. It is the story of a play titled Ekti Onakankhito Prem-er Golpo.While asking Mehzabein about her feelings acting in the play she told this correspondent, âI didnât get the opportunity to act in such type of role in any play. It was really difficult for me to continue acting of relationship with two friends at a time. But I have tried my level best to be regular in acting rather than previous time. I want to continue my acting career for a long time because I want to be established myself as a reputed actress.â Afran Nisho and Joni acted against Mehzabein in the play Ekti Onakankhito Prem-er Golpo, which is produced under the banner of Versatile Media. It will go on air in ensuing Eid-ul-Fitr, said its director Shuvo.It may be mentioned that Mehzabein last worked against Afran Nisho as pair in Deen Mohammad Montu directed a play titled Gollachhut. This play will also go on air in Eid-ul-Fitr. Now Mehzabein follows one thing that is she doesnât give her schedule for any play, which shooting will take place after a long time. She prefers to work in those plays which shooting will take place within the shortest time. On the other hand, Mehzabein last performed as a model in a television commercial of Glaxose d under the direction of Adnan Al Rajib. Therefore, she is also working as model in promotional TVC of Lux-Channel i Super Star contest under the direction of Amitabh Reza. It can be said that though Mehzabein is seen acting in faction and single plays, she couldnât be appeared on the screen in drama serials now.Â Â Â Â Â