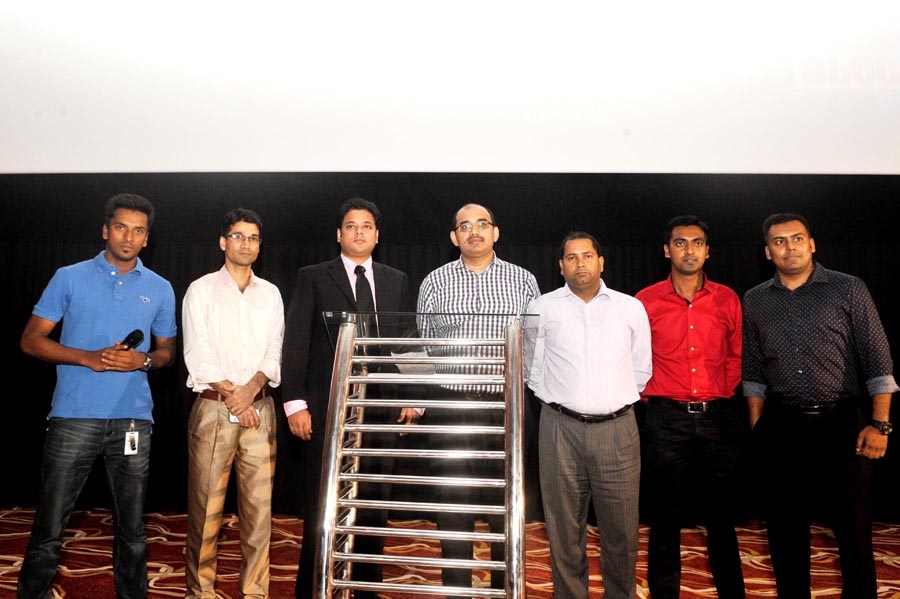 The premier show of the remake of movie Godzilla, one of the most-anticipated Hollywood releases of the year, was held at Blockbuster Cinemas located at fifth floor of Jamuna Future Park at Kuril in ProgotiÂ  Sarani in the city's Baridhara area recently. The movie
landed in Dhaka days after its North American release. The film is set to be released in 3D on May 23 at the Blockbuster
Cinemas in Jamuna Future Park.