How to postpone greying of hair 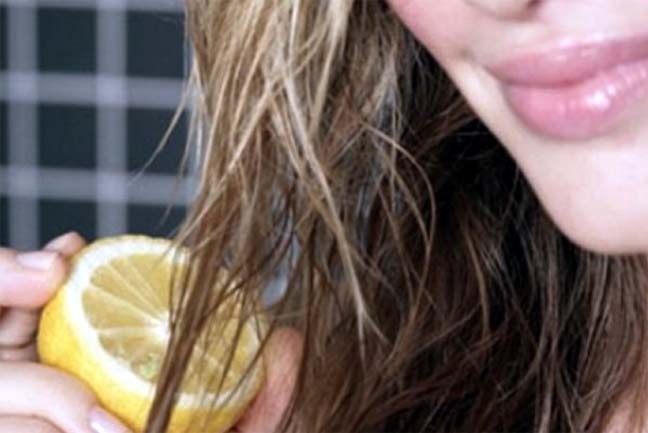 Life Desk :
What wrinkling is to skin, greying is to hair. Both are signs that herald age. But it can be postponed if taken proper care
We despair as much over the wrinkles that begin to line our face, as we do over the hair that turns white. Ageing, however, is a natural process. With time, the body ages and the signs of ageing manifest themselves... greying is one of them. Sometimes, the hair begins to gray prematurely and presents a problem, mainly because the exact cause of graying is not known as yet.
To understand the graying process, one must have a basic idea of the structure of the hair. Each hair consists of concentric layers. The outermost layer is the cuticle, which is made up of tiny transparent scales that overlap each other. The cuticle protects the hair and contributes to its shine. The second layer is the cortex. It is in the cortex that pigment or colouring matter forms and gives the hair its colour. For reasons not yet known, the pigment does not form. When the pigment fails to form, the hair is white. The white hair mixes with the dark hair and gives the impression of grey hair. Naturally, when the white hair appear, the question of how to deal with them causes much concern, not only from the aspect of concealing them, but also to check further graying.
To begin with, the hair that have turned white cannot become dark again, except by dyeing or colouring. Today, dyeing and colouring of the hair has become common practice. In fact, colouring of the hair is very much in fashion. Today, it is not merely a matter of hiding gray hair. Unfortunately, most people do not know the way the structure of the hair can be affected by using chemical dyes and colourants.
Permanent dyes work by changing the structure of the hair. They actually strip off the outermost layer, the cuticle, in an uneven manner, in order to penetrate the inner layer. Damage to the cuticle not only makes the hair more vulnerable to breakage and loss, but the hair also loses its shine and becomes dull and rough. Once you start dyeing your hair, it becomes very difficult to stop. After a while, the roots begin to show and have to be touched up. Touching up roots means that the scalp is exposed to the effects of the dye. The hair becomes discoloured and the texture suffers. In order to camouflage the discolouration, dyeing has to be repeated and the cycle goes on.
Semi permanent methods, like hair rinses and creams, last for 4 to 6 shampoos. They also work by penetrating the cuticle, but do not cause as much damage as the permanent dyes, which actually enter the middle layer and change the pigments. Semi-permanent methods are used for disguising grey hair, or for lending a richer colour to dull hair. Repeated use of semi-permanent colourants also causes enough hair damage.
Henna is the only natural hair colourant that is widely used. In the ancient days, walnuts and indigo were used along with henna to colour the hair. Modern colourants made from vegetable dyes are also available, in the form of "hair mascaras." These are somewhat like crayons, which are used to colour strands of the hair. They can disguise strands of gray hair quite effectively. They also help to add glamour to the hair, by colouring strands a different colour from the normal hair colour. Hair mascaras are temporary methods of colouring the hair. They are easier to use and remove and the effect lasts till the next shampoo.
The main advantage is that they assure safety from damage to hair structure and texture. We have introduced Herbal Hair Mascaras for streaking the hair, to add glamour, or to camouflage grey hair. They are available in many shades, like black, brown, copper, bronze, gold and starlight blue.
Using amla with henna also helps to check graying. To add amla to henna, soak a handful of dry amla in about 2 to 3 cups water overnight. Next morning, strain the water, but do not throw it away. Grind the amla. To the henna powder, add the ground amla, 4 teaspoons each of lemon juice and coffee, 2 raw eggs and enough amla water, so that the henna mixes into a thick paste.
Â If one does not wish to use eggs, they may be omitted. Apply the paste on the hair, so that the entire head is covered. Keep it on for two hours and wash off with plain water. This can be done once a week.
-TNN.