They are in Chairman Bari 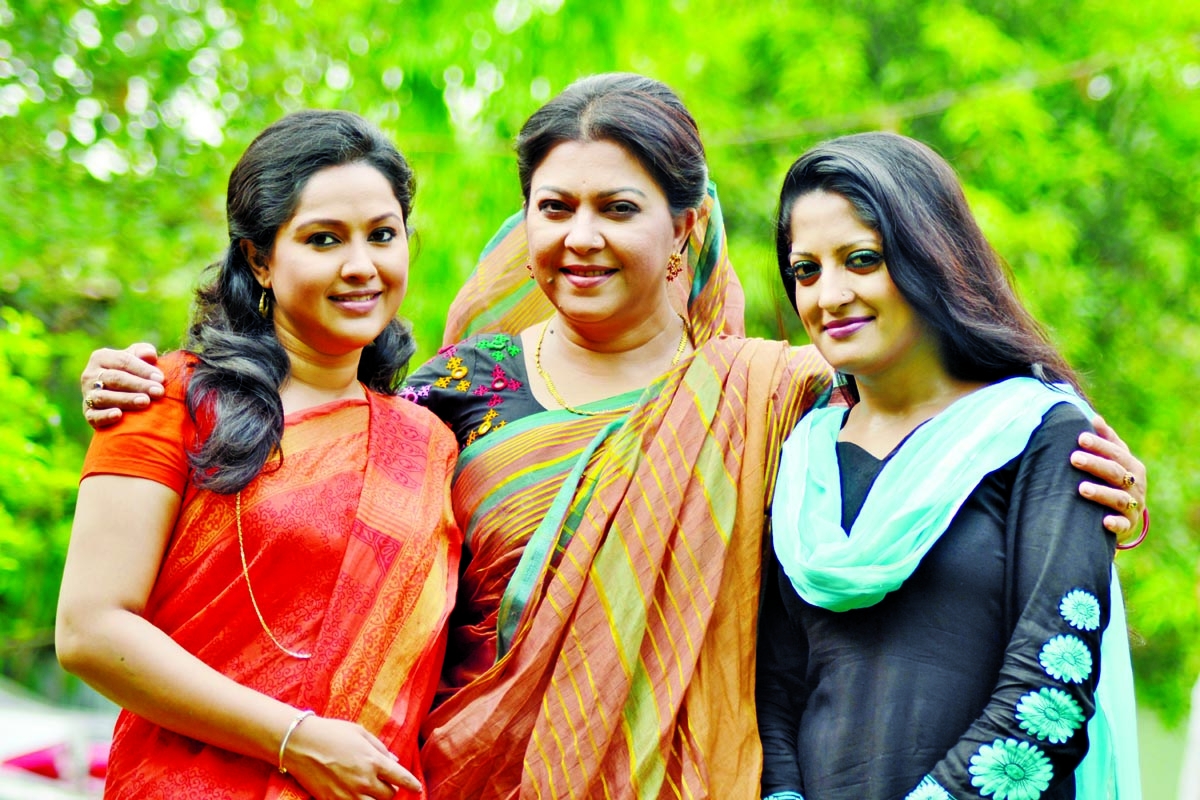 Nadia, Parvin Sultana Diti and Homayra Himu at a photo session from the shooting spot of drama serial Ã¢â¬ËChairman BariÃ¢â¬â ¢ in Pubail

Earlier Parvin Sultana Diti and Nadia or Diti and Homayra Himu separately performed together in drama serials. But Diti, Nadia and Himu didnât perform together in a common serial. For the first time, these three popular actresses performed together in a drama serial titled Chairman Bari. Md Ziauddin has written script of the serial, while it is being directed by Sardar Rokon. Rahmat Ali is acting in role of chairman in the serial. Film actress Diti is acting in role of his wife Rahela, while Nadia is performing in role of his elder daughter Mita in the serial. However, Homayra Himu is also acting in role of Nadiaâs sister-in-law. Earlier Diti had worked with Nadia in many playa and drama serials. They last performed together in Chayanika Chowdhury directed a play titled Obhiman. On the other hand, Diti worked with Homayra Himu in a daily soap titled Gulshan Avenue. While talking about the drama serial Diti told this correspondent, âStory of the serial Chairman Bari attracted me so that I have been taking part in shooting of the serial going to Pubail in Gazipur. I am enjoying working with a nice unit.âNadia shared her feelings by this way, âThere is a rhythm in the story of serial Chairman Bari. Director Sardar Rokon is trying to maintain its rhythm while making the serial. Diti apa is really outstandingly a nice person. I always enjoy working with her.ââIt is really an exceptional role of mine in Chairman Bari among the serials in which I am acting now,â said Homayra Himu.The serial Chairman Bari started airing on Boishakhi TV from last week. It is being aired every Thursday and Friday. Tonight its fifth episode will go on air on Boishakhi TV, said its director Rokon. n