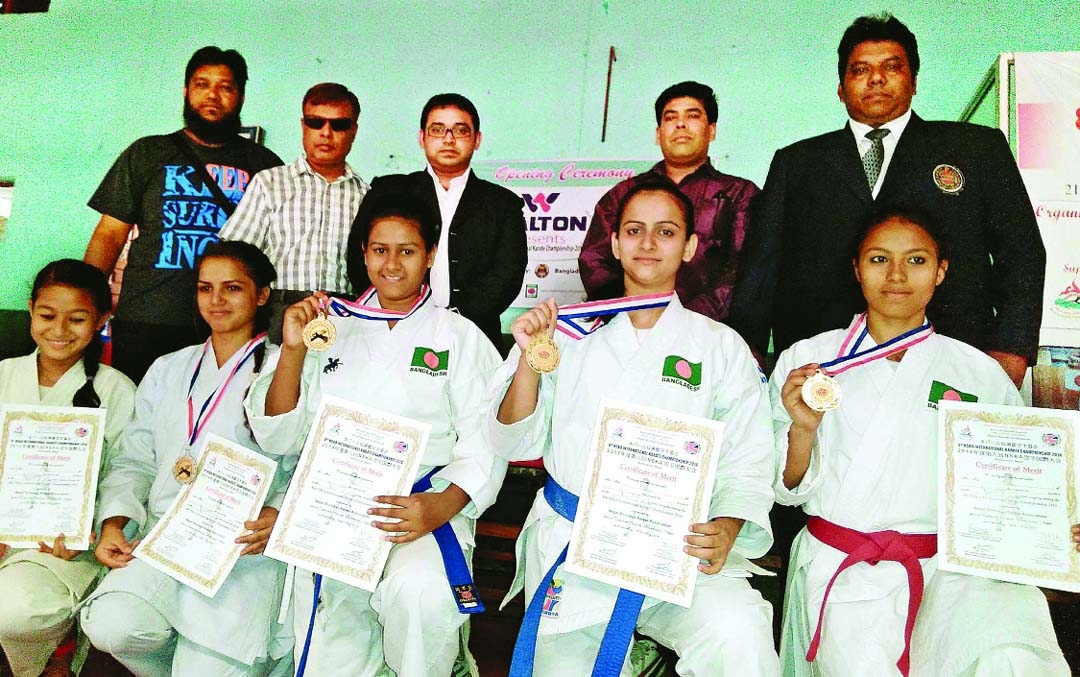 Photo shows the medal winners of the 8th NSKA International Martial Art Karate Championship with their certificates along with guests in Nepal on Friday.