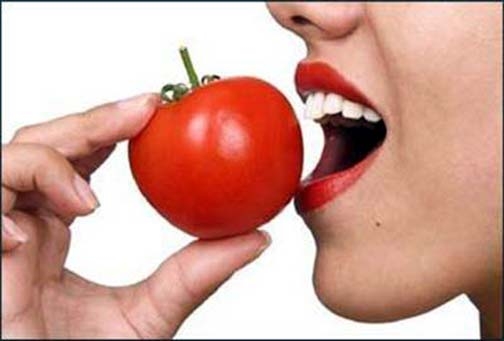 Life Desk :
A new study published in the journal Medical Hypotheses suggests that including a large amount of tomatoes in your diet could lead to bad underarm odor independent of genetics or poor hygiene.
The study was conducted by British physician Dr Charles Stewart who suffered from a body odor problem in 2007. With Britain experiencing a heat wave that year, Dr Stewart found that his colleagues opened windows whenever he walked into the room.Â  He was aware that the problem was body odor but despite using generous quantities of soap, he was unable to control it.
Dr Stewart later realized that tomato stalks are filled with oil that smells like sweat and on cutting down on his tomato intake, he found that his body odor problem also went away.
Dr Stewart revealed that oil in the stalks contained terpene which is broken down by the enzymes in our body to produce chemicals which react with antioxidant compound lycopene found in tomatoes which in turn led to body odor. Dr Stewart added that the effect of eating tomatoes even in a single meal lasted for seven days.Â  "It is really surprising the odor can last so long, after one meal.
But it means people who eat tomatoes and tomato products always have a risk of smelling when they sweat", he said.