Missouri: A new face in TVC 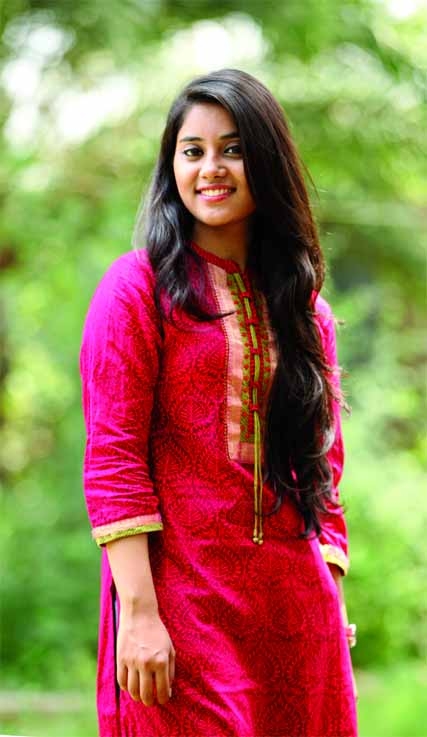 Missouri is the new face on the screen in the field
of television commercial (TVC) now.
Missouri is the younger sister of popular model cum TV actress Mithila. She started her career in media by performing in a TVC as a model under
the direction of Amitabh Reza.
It may be mentioned that Mithila also started her modeling career by this person. Missouri performed
as a model in a new TVC of Robi. This TVC is being aired in different satellite channels from last week.
Though Missouri has no experience about modeling arena, she has overcome the matter due to her elder
sister Mithila and her husband popular singer
Tahsan are closely attached with media.
While talking about in this regard Missouri told this correspondent, âIn fact, with the interest of Amitabh bhai I had performed in the TVC. I have a mixed
experiences while performing in the TVC. But after airing the TVC I have been receiving positive response from my close persons. Its my great achievement,
I think so.â Now Missouri is studying
in A-Level now. She has willingness to establish
herself in media as a model or actress. Before
that she wants to finish her academic career, she said. Â
Missouriâs birthday is October 21. She is a
newcomer in the showbiz arena.