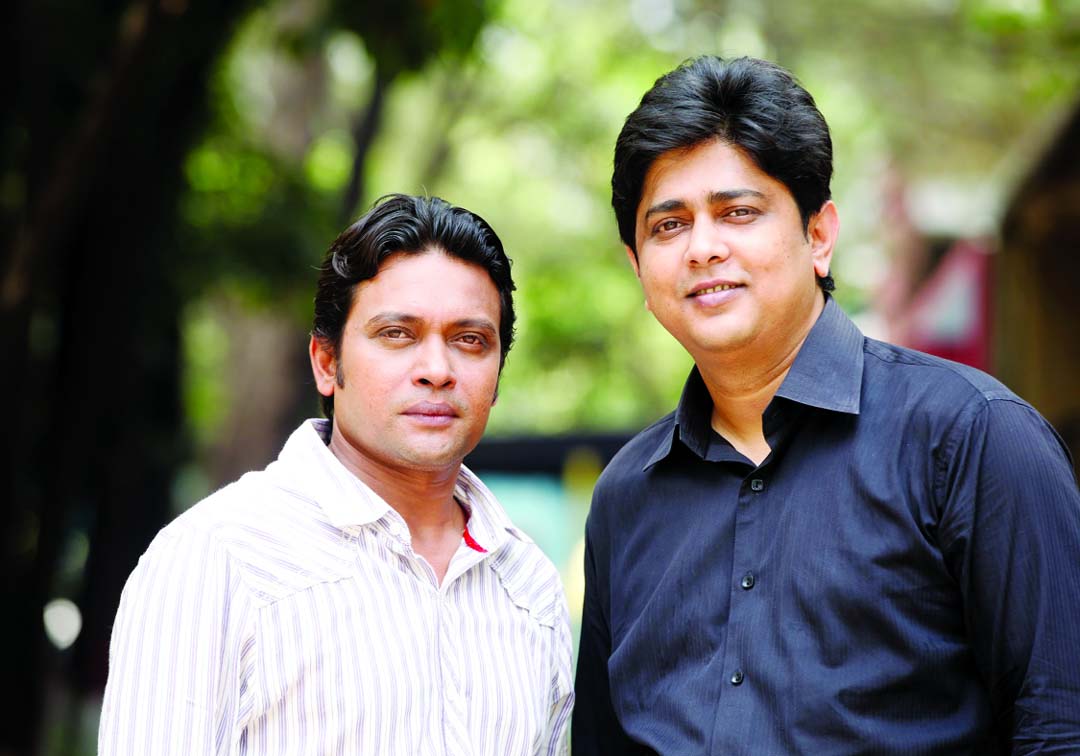 Arshad Adnan at a time a banker, recitation artiste, armature actor and play producer. As an actor, he first acted in Raihan Khan directed a TV play titled
Professional. Later he acted in several plays. In a play titled Prem-er Pandulipi he first acted against Romana as pair under the direction of Mehedi Hasan Shomen. This play will go on air on Maasranga TV at 7:50pm on June 5. Today is birthday of Arshad Adnan and his friend popular actor Anisur Rahman Milon.
To celebrate his birthday along with family members, Milon will return to Dhaka this morning after finishing shooting of Akidul Islam directed a play titled Durer Bari Kachher Manush. On the other hand, after passing his time at his office till afternoon Arshad will pass rest of the time along with parents and two sons.