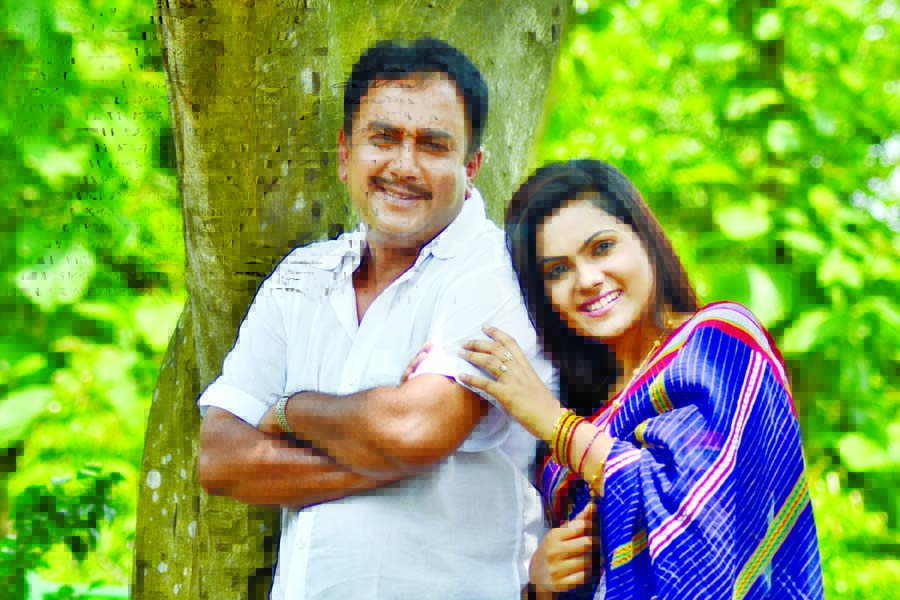 Eid-ul-Fitr is coming soon. On the occasion of the Eid festival, directors are now engaged with making plays and telefilms. Popular TV actor is also making Eid play under the banner of his own production house Pushpita Visuals.
For the first time, Zahid Hasan has made a play titled Shokol Duar Khola casting Veet star Hasin Roushan Jahan. Earlier Hasin worked against many popular actors like Tawquir Ahmed, Nobel, Mahfuz Ahmed, Mosharraf Karim, Chanchal Chowdhury, Apurbo, Sajala, among others. But for the first time, she worked against Zahid Hasan in any play.
Script of the play Shokol Duar Khola was written by Zakir Hossain Uzzal and it was directed by Zahid Hasan.
In the play, Zahid Hasan acted in role of Mobarak who is a physician working in a village. His work is to sell the date-expired medicines to the villagers. His wife Shefali also becomes jealous. Once his own child takes the medicine and becomes sick. Then Mobarak realises the matter.
While talking about the play Zahid Hasan told this correspondent, âBy this play I want to give the people a message. Hasin has acted well in the play. As a person, she is very nice. I think viewers will enjoy the play.â
Hasin shared her feelings by this way, âZahid bhai is one of my favourite persons. I was lucky that I got the opportunity to act against him and also worked under his direction in the play. I have learnt many things from Zahid bhai while taking part in the shooting of the play. I am really grateful to him.â
The play Shokol Duar Khola will go on air in any satellite channel on the occasion of ensuing Eid-ul-Fitr.
However, now Zahid Hasan acted drama serials titled Agun Khela and Najar Bihin Najar Ali are being aired on Channel i and RTV respectively.
On the other hand, Hasin acted drama serials titled Shonali Megh-er Bhela, Nari and Colour are being aired on Desh TV, Maasranga TV and SA TV respectively now. n