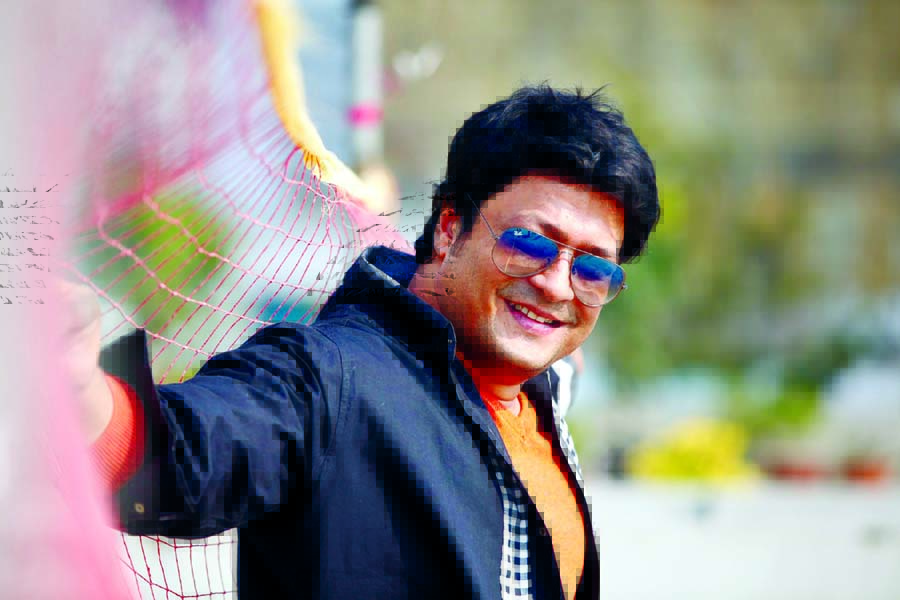 While taking part in shooting of Ram Mukherjiâs movie titled Chherey Jashna popular film actor Ferdous came into Dhaka on Friday only for three days to
celebrate his birthday along with wife, mother, brother and children.
Today is the birthday of Ferdous. Though he had planned to celebrate the birthday gorgeously due to lack of time he will celebrate it very homely.
While talking in this regard he told this correspondent, âEverybody pray for me as I can continue work in the film industry for long time successfully.â
However, after returning Dhaka Ferdous yesterday took part in shooting of a TVC of Asian Textiles under the direction of Anjam Masud.
Ferdous will go to Kolkata on June 9 to take part in shooting of movie Chherey Jashna again. In this movie, a newcomer actress named Rupsha is acting against him. Meanwhile, in Dhaka, Ferdosu is also working in film actress Moushumi directed a movie titled Shunnyo Hridoy and Dilshadul Haque Shimulâs a movie titled Leader.
It may be mentioned that as a model, Ferdous first acted in a TVC of Double Cola under the direction of Afzal Hossain. Tarin performed against him in the TVC.