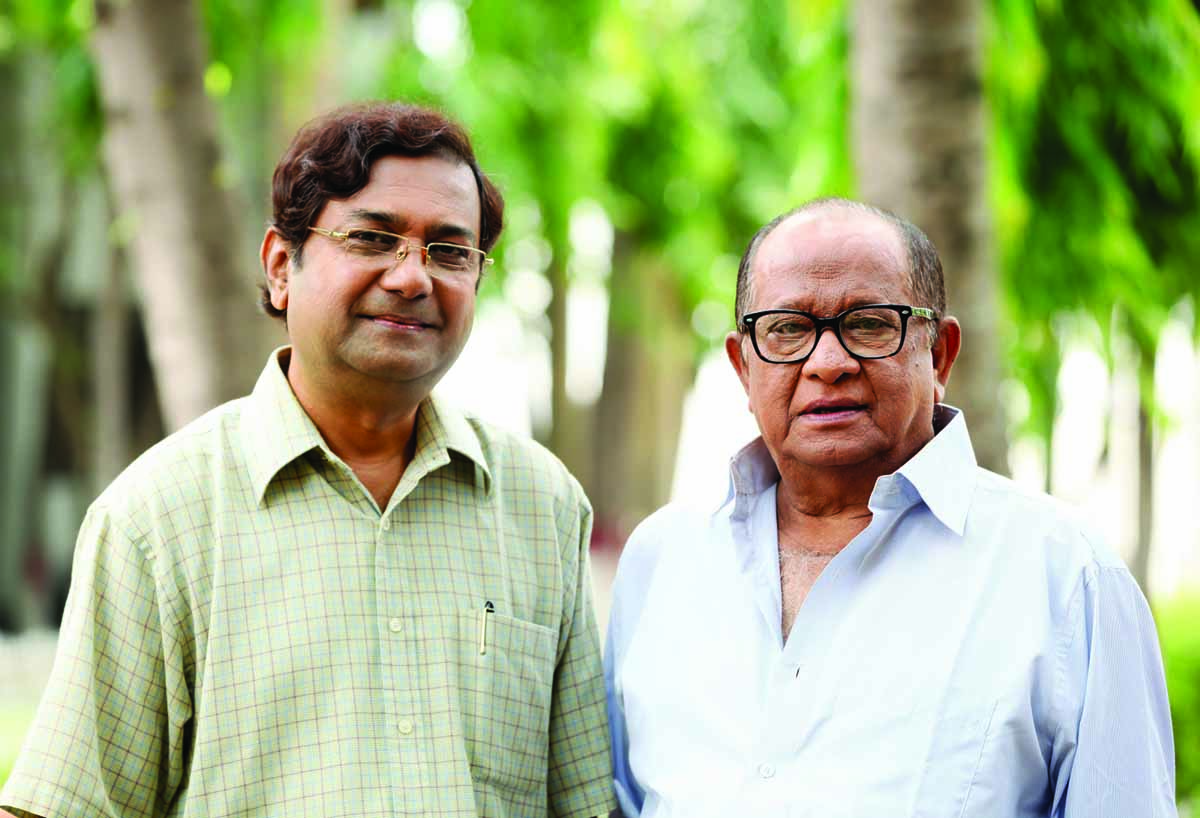 Noted actor Al Mamun is hailed from Kushtia. He is very popular to the theatre-lover persons. He is very polite person to his colleagues. He had a dream to work in media from his childhood.
He first watched a movie titled Abirbhab directed by Subhash Dutta in cinema hall. His fatherâs idol hero was Uttam Kumar. And his idol hero was Razzak. For this reason, after watching Razzakâs acting in movie Abirbhab Al Mamun decided to work with him any movie.
To fulfil Al Mamunâs dream, film director Mushfiqur Rahman Gulzar has extended his hands in this regard. He gave Al Mamun an opportunity to act in an important role in his new movie titled Mon Janena Moner Thikana.
In the movie, Al Mamun will act in role of a physician, while Razzak is acting in role of a judge.
While asking him about his feelings working with Razzak Al Mamun told this correspondent, âRazzak bhai is a legendary actor in the country's film industry. He is not comparable to others. But I couldnât think that I could get the opportunity to act with him in a movie. I am talking with him during the break of the shooting. He is talking with me showing respect. I am really excited and delighted to work with him. I couldnât believe that my dream comes true one day.â
Razzak shared his feelings by this way, âI have watched acting of Mr Al Mamun. My elder son Bappa has worked with him earlier. He is very amicable person. He acts well. He is also acting well in this movie.â
It may be mentioned that after a break, Razzak has returned to acting by Mushfiqur Rahman Gulzarâs movie Mon Janena Moner Thikana.
Recently Al Mamun directed first TV play titled Kala Pahar, which story was written by late Atiqul Haque Chowdhury, was aired on SA TV.