Divorce linked to obesity in kids 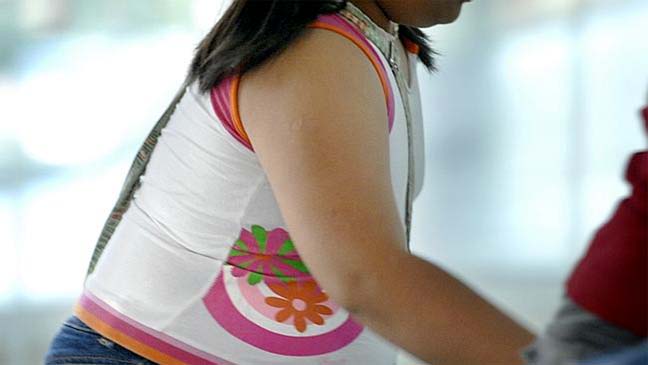 Life Desk :
CHILDREN of divorced parents may be at higher risk of being overweight or obese than those whose parents are married, a Norwegian study said Thursday.
The tendency was higher among boys than girls, said the report, which nevertheless cautioned it was too early to draw a direct, causal link, as other factors may be to blame.
Researchers used height, weight and waist circumference data from more than 3,000 pupils attending 127 schools across Norway, which they compared to their parents' marital status - married, never-married, co-habiting, single, separated or divorced.
About one in five children overall were overweight, which is generally considered to mean a height-to-weight ratio or BMI of 25 or over, and one in 10 obese with a BMI of 30 and up, they reported in the online medical journal BMJ Open.
Children of divorced parents "were 54 per cent more likely to be overweight/obese and 89 per cent more likely to be obese," when compared to children whose parents were still married, the researchers said a press statement.
"Children whose parents had never married had a similar prevalence of overweight and obesity to those with married parents."
Researchers speculated that a shift to unhealthier and cheaper takeaways may explain the trend. Source: ThinkStock
Sons of divorced parents were 63 per cent more likely to be overweight and 104 per cent more likely to be obese than other boys, while the difference was much less significant among girls.
The researchers had factored in possible influential factors like the mother's educational background, ethic origin and area of residence, but not others like the child's diet and exercise regime.
They also did not known how long parents had been divorced.
The team speculated that a shift to unhealthier and cheaper takeaways or stress-eating may explain the trend.
In a comment, Kevin McConway, an applied statistics professor at The Open University in England, said the findings may not hold true for societies outside Norway.
The study, he said, "really does little more than point at possible further questions for further research."