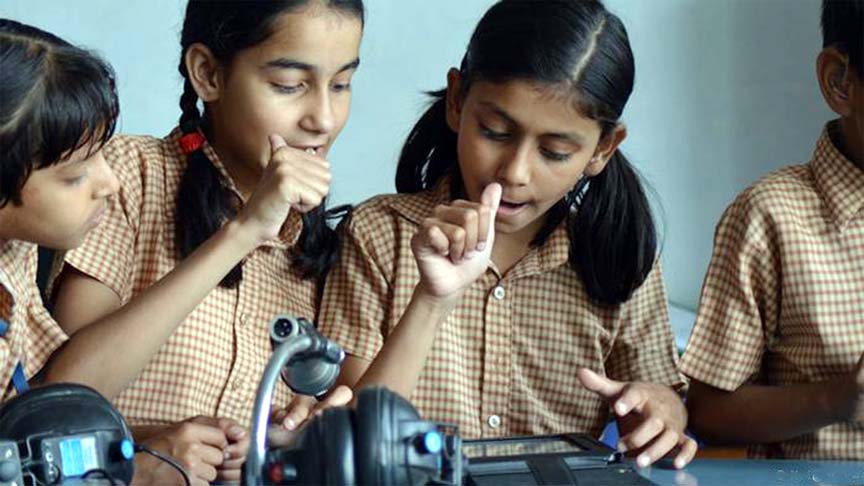 Life Desk :
Human voice is a sound made by exhaled air coming through the vocal cords. This air is modified along the paths of the oral and nasal cavities.
When the lungs pump out adequate airflow and air pressure, the thin membranes of the voice box, called vocal cords, chop up the airflow into pulses that form the sound source. The fine tuning is done by the muscles of the voice box, or larynx, that adjust the tension of the vocal cords to produce different levels of intensities (volume) and frequencies (pitch). This sound is resonated with muscular adjustments along the pharynx, mouth and nose to produce the desired sounds and combinations.
The amazing intricate arrays of sound that these vocal folds produce can range from various frequencies as found in singing, to suggestions of emotions such as anger, surprise or happiness.
The term phonation means to produce sound from the vocal cords and the term "dysphonia" means faulty voice. Aphonia is a term used to refer to complete loss of voice.
The function of the vocal folds and its muscles is essentially that of preventing food from passing into the wind pipe or trachea. When we swallow, the food is pushed along the pharynx, which diverges into the esophagus and the trachea. The vocal cords close tightly when the food comes through so that the muscles of the food pipe open up to allow the food to pass to the digestive system. The muscles of the larynx are controlled by the 10th cranial nerve, namely, Vagus nerve.
Causes of Voice Disorders
Voice disorders can occur due to a variety of reasons. The causes can be broadly categorized according to the problem that occurs. Structural voice disorders are caused due to changes in the structure of vocal cords. These changes may be due to nodules or ulcers in the vocal folds, any infection, etc. Neurogenic voice disorders include problems in voice due to disturbances in the neural pathways or the Vagus nerve supplying the vocal cords. Conditions like Parkinson's disease, myasthenia gravis, paralysis, etc may also result in abnormal voice. Functional voice disorders include disorders caused by improper muscle functioning or improper learning patterns to use the voice. Psychogenic voice disorders occur as a result of psychological disturbance resulting in inability to talk or feeble voice.
Sometimes, one type of voice disorder may lead to another voice problem. For instance, persons with neurological voice problem may learn to use another set of vocal folds, called false vocal folds, that is present in the larynx, to produce a faulty voice. Those who have a functional voice problem may develop structural lesion due to abuse of voice.
Symptoms of Voice Disorders
The symptoms of voice disorders present according to the nature and cause of the abnormality of voice. Based on the manifestations of the symptoms, professional help can be sought by the individual and get treated for the condition.