Mahfuz- Joya pair up for TVC 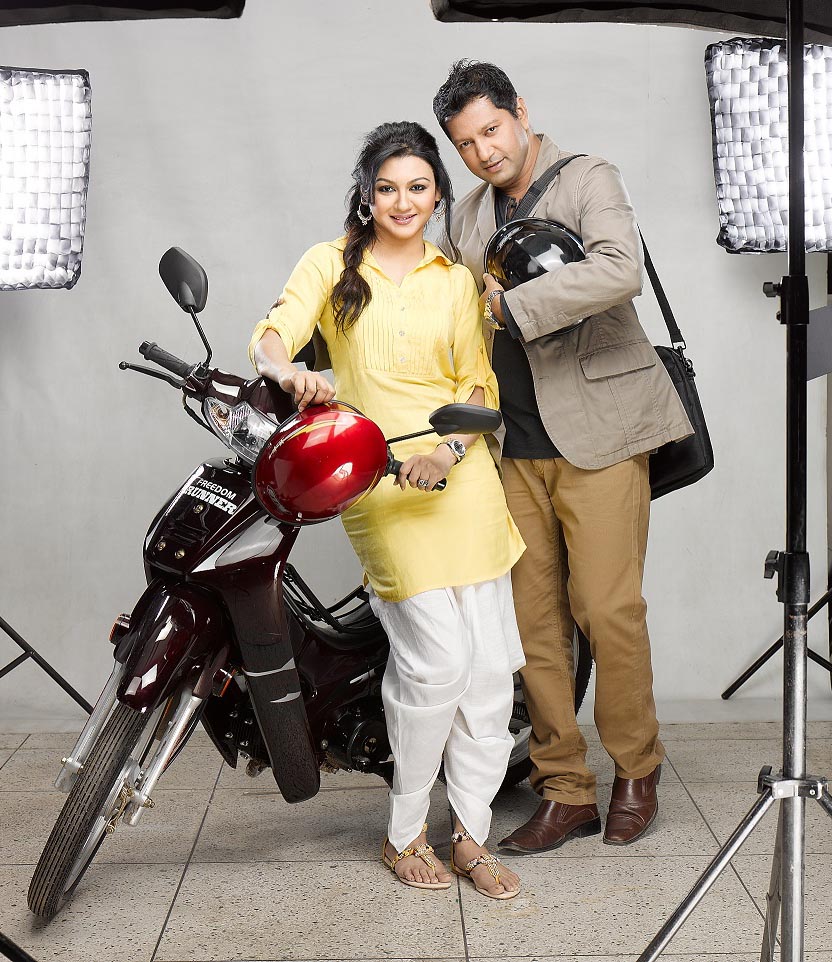 National film award winner actress Joya Ahsan has worked under the direction of popular TV actor and play director Mahfuz Ahmed in several drama serials and faction plays. Therefore they had worked together as pair in several TV plays. For the first time, Joya became model of a television commercial (TVC) under the direction of Mahfuz Ahmed. In the TVC of Kite motorbike of Runner Group, Joya and Mahfuz performed together as pair. Shooting of the TVC was taken place in the cityâs Airport and Bashundhara Residential Area yesterday. Shooting will end today.While talking about the new TVC of Kite motorbike for both males and females actress Joya Ahsan told this correspondent, âI have liked the concept of the new TVC of Kite motorbike, which is being made by Mahfuz Ahmed. I have worked more attentively while taking part in shooting of the TVC because I had matched my shooting schedule. I think viewers will enjoy the TVC.âMahfuz Ahmed shared his feelings by this way, âJoya had worked under my direction in several popular drama serials like Choita Pagol. For the first time, she has worked as model under my direction in a TVC. She has worked very sincerely. Therefore, both of us (Mahfuz and Joya) are trying our level best to give something to the viewers by this TVC, which is being produced under the banner of Nakshikantha.âMeanwhile, shooting and editing of Mahfuz and Joya acted a movie titled Zero Degree, also produced by Mahfuz Ahmed, has already been finished. Now itâs dubbing is going on. This movie is set to be released at the end of this year, Mahfuz Ahmed said.