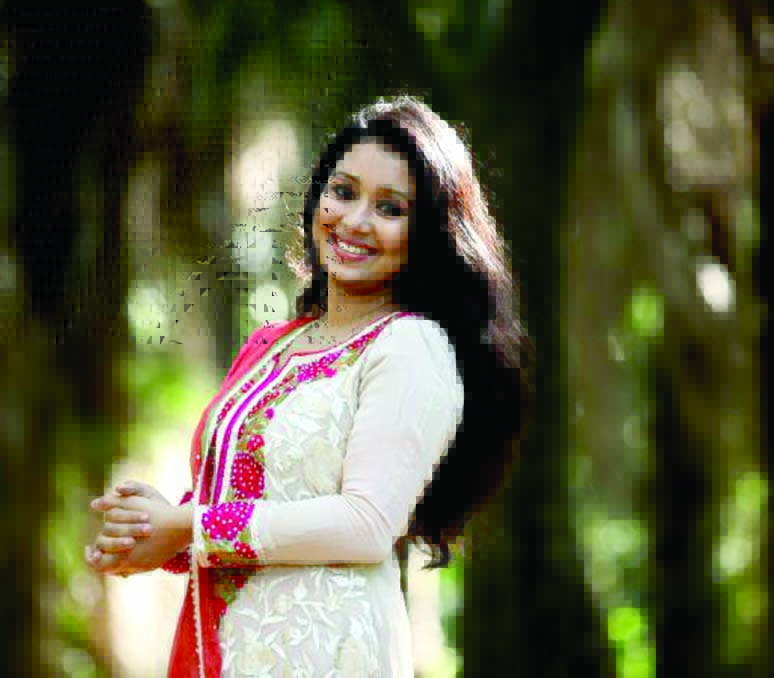 Farhana Mili won the hearts of many viewers acting in a movie titled Monpura. Directed by Gias Uddin Selim this movie was released in 2009.
Later she didnât get the opportunity to act in any movie. Mili didnât perform in any other movie during this time. But Mili always shows her keen interest to act in the big screen.
While talking in this regard Farhana Mili told this correspondent, âAfter acting in a quality movie like Monpura my mind doesnât agree to act in average type of time now. Therefore, I had to engage myself with my baby and family life. For this reason, I was absent from acting in the big screen. Now I am taking preparation to act in movie. IfÂ  I get good story based movie, I will agree to act. I am really waiting for that opportunity.â
However, Mili has become model of a television commercial (TVC) recently. This TVC has been made to create awareness among the pregnant women. Now she is busy with Eid faction plays.
Mili has already finished shooting of several plays those were directed by Aronno Anwar, Chayanika Chowdhury, Ashraf Dipu, Rajib Salehin and Alvi Ahmed.
Therefore, she also acted in four drama serials. These are: Maruf Mithuâs Tini Ashben, Mazharul Islamâs Mayaboti, Alvi Ahmedâs Shunnyo Theke Shuru and Aronno Anwarâs Dohon. These serials will go on air in different satellite channels soon, Mili said.
âNow I want to concentrate only with acting. But I have keen interest on giving direction. I am not interest to talk in this regard more right now,â Mili said while sharing her feelings about her present position.