Apurbo-Tarin pair up after a break 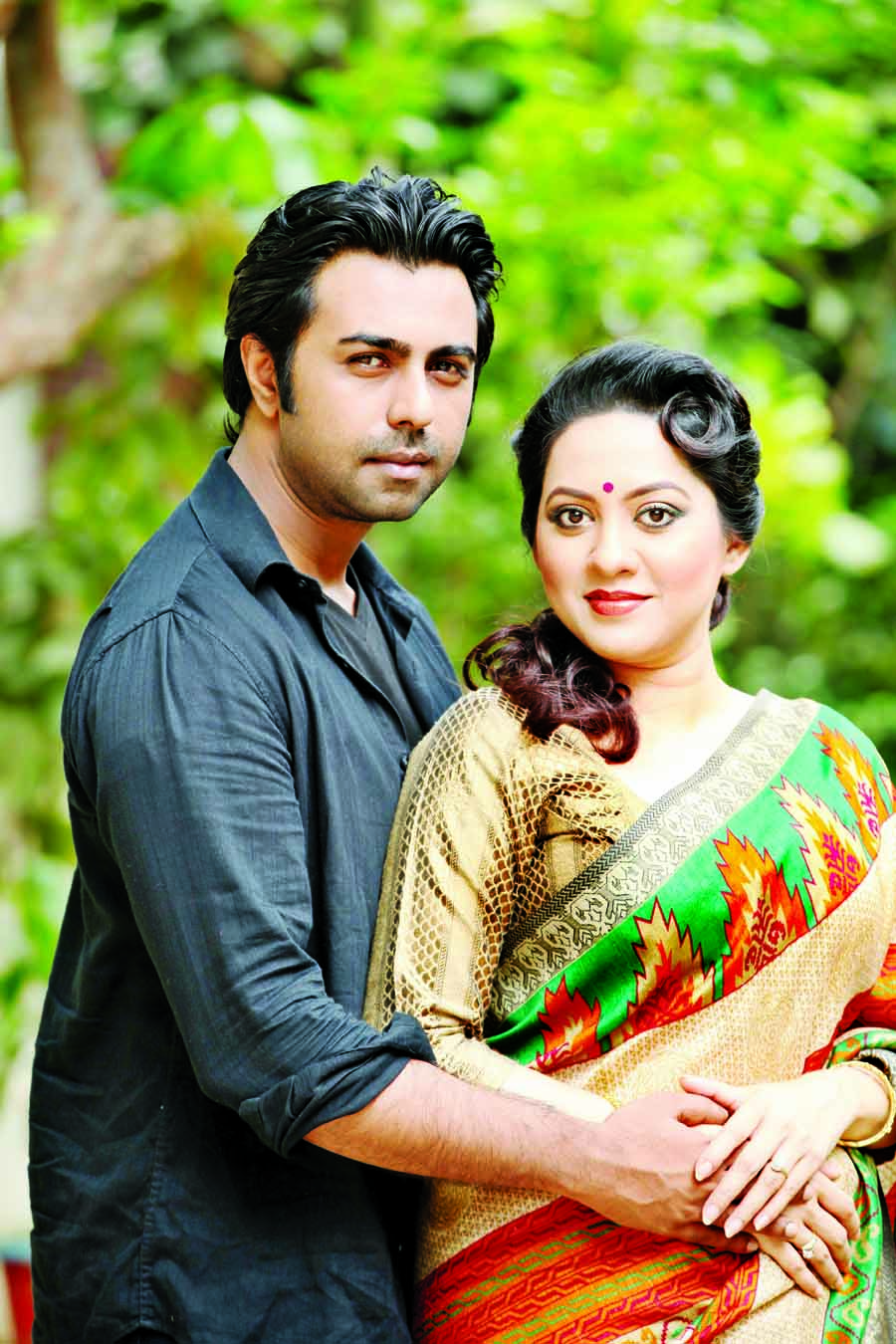 Popular pair in the small screen Apurbo and Tarin again performed together in a TV play titled Oprotyashito Raat after a break of one year.
With the story written by Mezbah Shikdar, also directed by him, Apurbo and Tarin acted as pair in the play.
On her wedding night, Tarin takes shelter at Apurboâs residence. Then climax finds in the story of the play.
While sharing his feelings acting against Tarin again Apurbo told this correspondent, âNot only actress but also co-actress Tarin is really outstanding. She is that type actress by whom anybody works he/she can improve his/her acting skill. In this play, I have tried my level best to introduce exceptionality in my acting. I think viewers will enjoy the play.â
Tarin shared her feelings by this way, âI have liked script of the play. I think viewers will also enjoy the play.â
Produced by Roddur, the play Oprotyashito Raat will go on air in any satellite channel in Eid-ul-Fitr.
It may be mentioned that Apurbo and Tarin first acted as pair in Chayanika Chowdhury directed a play titled Kotha Chhilo Annyorokom. Later they had performed together in many plays.
Apurbo and Tarin acted first TV serial was Chayanika Chowdhuryâs Boishakh Thekey Srabon. They last acted together in same directorâs serial titled Swapnogulo Jonak Pokar Moto.